Scott Olson’s took a risk to captured these memorable photographs of Ferguson protest. He thought the consequences that the protestors received for not complying with the authorities were harsh. Protestors were attacked by tear gas, rubber bullets and even arrested like the photographer Scott Olson. The photographs from Ferguson and from the Kent State captures the power of the authority against the crowd. It captures the scenario of the protest that became controversial that it raised numerous questions regarding of what happen when this picture was captured.

Whealan’s argument is convincing and in fact is relevant to the scenario during in the photograph. The photographer Gallagher who questioned the authenticity of Capa’s photo probably mistaken Capa for another photographer. The war photograph I believe is authentic because it was shot from a distance and the movement of the falling soldier seems impossible to stage. I do think authenticity matters because a photograph like this captures the attention of the mass should not be deceiving.

The film resembles to the practice of The Moving Image. I am very impressed with the special effects that were put into the moon and the overall production, consider the fact that it was made in 1902. The film camera made the movement on the screen seems sped up. Not every movement was clear in fact it seems like the actors were walking and acting funny. The similarities were of course the effects that the photographic and film camera produce and the difference is that the film camera gets to record everything live.

The other day my boyfriend said something that stood out to me, he said “the best place to get delicious are from “hole in a wall” places.” I immediately thought of all the places in Flushing, Queens I’ve been to that aren’t chain restaurants or upscale restaurants that serves good, authentic cuisine. The picture above is Hong Kong style steamed rice noodle drizzle with hoisin and peanut butter sauce garnish with sesame seeds from the food court at a Flushing mall. The dish looks delicious because the color of the two sauces coated evenly on the rice noodle. It  is also a comfort food which in my opinion makes it even more delicious. 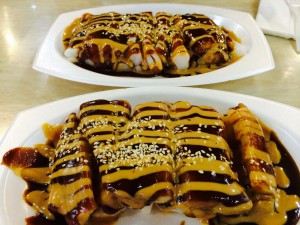 My first immediate reaction when I view the breakfast pictures from around the world was “wow, these kids have one heck of a fulfilling meal”.  It made me envy because I will never have the time to prepare such fulfilling breakfast with small dishes on the side. The breakfasts from other country  looks very healthy and essential for the kids. Some of the meal even look more like it should be serve for brunch instead of breakfast. Overall I think I think it is impressive compare to what kids eat in America. Sugary cereal with milk might fill their stomach until lunch time but it doesn’t qualify as a healthy breakfast in my opinion. I am guilty of skipping breakfast or have unhealthy breakfast like Nutella on toast.

I remember my professor from Perspective of Hospitality Management told the class that the American breakfast which includes bacon egg and cheese with toast or waffles are ideal breakfast for the farmers. “But guess what guys? We are not farmers, therefore we consumed more carbs than we should.” My ideal breakfast would be something healthy and flavorful like an acai bowl. It contains thick smoothie topped with fruits, oatmeal and peanut butter or dark chocolate. The fact that Evans decided to published his photos 25 years later after it was taken, it was a strange and interesting approach. Perhaps it is more interesting to the public to look back at history instead of looking at pictures from the present time. Because from my own perspective, I am more interested in seeing the subway portraits during the Depression Era as oppose to subway portraits today.

There are of course differences between the subway portraits from the Depression Era and the present time. The depression era subway portrait can easily be distinguished by the interior of the subway train, the fashion and the picture quality. It is interesting to see the similarities are the expression of the passengers. Their facial expressions are restless, calm and lost into their own thoughts. After all, there are some things will never change from “the city that never sleeps”.

After reading the article, it reminds me of the show “Long Island Medium”.Even though the show is trying to prove to the audiences that the medium is not a fluke and everything that were being documented did actually happened. There are still skeptics out there who thinks this whole interaction with the spirit is impossible. I also think it’s crazy not because I think it is impossible but the concept of it it’s creepy and scary. Unless I witness the truth in person (which I never want to), then I will state my opinion. However this concept it’s somewhat interesting to me because its a mystery. That also apply to the possibility of creating spirit photography. Whether it is photo-shopped or reality, it is up to an individual’s faith. Do I think it is necessary to document spiritualism? It is not my place to voice an opinion but I will never do it considering the fact that I can barely sit through Disney’s “The Haunted Mansion”. 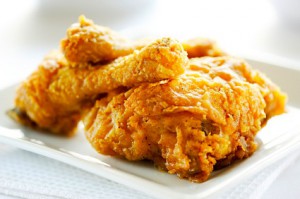