I am Travina Beaton and I am a student at New York City College of Technology. I am currently studying Computer Engineering to acquire a job in that field as my future career. I am looking forward to working for Viacom as an Information Technology Specialist or at Apple as an engineer after I graduate college. This is the best career for me because I am fascinated with technology and computers in particular. I realized that the best way I learn is doing hands-on activities with personal computers. I believe that if I do get a job in this field, it would be my passion instead of a dead end. In the following, I will discuss further on my major and how it will open many opportunities for my career path.
The City Tech Course Catalog mentions that students studying Computer Engineering will take Electromechanical Engineering as an Associates. Electromechanical Engineering allows students to build their own devices, repair, install, upgrade and test mechanical systems in computers. This program will help me learn how to assemble components of computers, such as power supply boxes, and learning electric components such as resistors, capacitors, diodes, and more. It will also help me learn how to read schematic symbols, which are electronic symbols, and draw circuits connecting the symbols. I plan to apply what I learn at City Tech to engineering internships I work for in the future. There are many engineering jobs. The City Tech Article states “Among the employers of the graduates of this program are Con Edison, General Electric (GE), Verizon, Cable Version, Apple, Logic Control, Lutron Electronics, JetBlue, MTA, NYC Transit, NYPD, and the elevator industry”. According to an article written by Roger Moncarz, called “Computer Engineers”, to qualify for a computer engineering job, one “must have strong problem-solving and analytical skills. They also must be able to communicate effectively with team members, other staff, and the customers they meet. And because they often deal with a number of tasks simultaneously, computer engineers must be able to concentrate and pay attention to detail”. 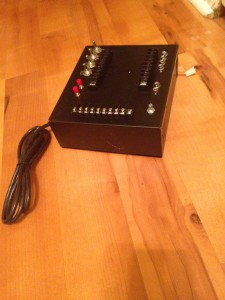 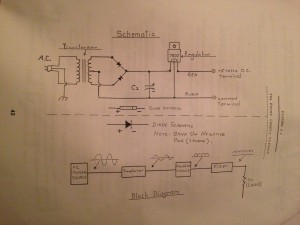 I became fascinated with technology because in my four years of high school, I took A + Computer and was very interested in learning the different components inside the computers and their functions. A+ Computer is general knowledge of PCs, including installation and configuration, hardware and software upgrading, safety procedures, diagnostics, maintenance and repair. At the time, I did not know what I wanted as my career. The class had a lot of hands-on activities with Dell desktops. The activities involved the components on the motherboard and the computer tower. I learned how to connect electrical cables, install processors, hard drives, and many more. The activities made me want to know more about building computers by scratch and installing the electrical components. Unfortunately, my teacher for the A+ computer class did not teach it. After graduating high school, I wanted to learn more in depth on how to build computers. I became confused as to the difference between computer engineering and computer science. According to “Computer Engineering A Good Major?” by a Youtuber named Engineering Truth, “computer science tends to be more on the programming side, how operating systems work, how databases work. While computer engineering, you’re going to focus more on the hardware and how the hardware communicates to the software”. After watching the video, I had figured out that computer engineering would be the ideal major for me.
I realized that I learn better by hands on because as I learned A+ Computer in high school, I almost never paid attention. There were long lectures and a lot of note taking that I never looked back into. The only time I paid attention was when I performed the hands on activities. I took the CompTIA A+ certification test and failed horribly. The CompTIA A+ exam tests your ability to troubleshoot networking and security issues within operating systems such as Android, Windows, Apple, and more. There are two tests, CompTIA A+ 801 and CompTIA A+ 802. As stated in the Wikibook titled “A+ Certification/Basic Exam Info”, ‘The CompTIA A+ 801 and 802 exams both consist of 90 questions each. A passing score on the CompTIA A+ 801 exam is 675, and a passing score on the CompTIA 802 exam is 700’. My score was not anywhere close to 675 on the first exam. Therefore, I did not qualify to take the last test. I did not find networking and software informations interesting. Learning about the hardware caught my attention a lot because I had to learn by doing hands-on activities. 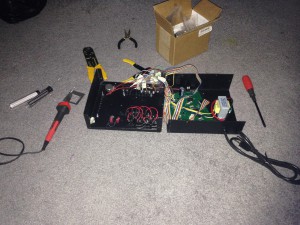 I believe that working in the computer engineering field would be my passion because I find that many people acquire jobs just because of the pay. People do not have the job that they want. Therefore, it causes a lot of dissatisfaction and a feeling of being stuck. These types of people work because they feel as though they are obligated to; it would not matter what job it is, what matters to them is the money. Personally, I do not think that is the way of living. Alyson Shontell, a Buisiness Insider emplyee, mentioned in an article she wrote named “80% Hate Their Jobs — But Should You Choose A Passion Or A Paycheck?”, that unhappy employees try to stick with their jobs. I would not want to be one of those dissatisfied employees. I believe that having passion in what you do brings out motivation and determination to reach the top. If you do not have any passion in your job, you would not want to excel in the field. As Shontell stated in her article, “without passion, people will be choosing between the lesser of two stresses: stress from being unemployed versus the stress of being in a dead-end job”. I think that more people should employ in a job that they would be passionate about. I found my passion when I was just a kid. I often fixed electronics in my home for family. I learned more about engineering from the customer support technicians of the internet providers and computer companies of desktops I have had such as Dell, Optimum, and Direct TV. Every time I needed troubleshooting on my computer or of any cables and wires, I would find information online on how to troubleshoot any problems I had.
My education at City Tech prepares me for my future career by giving me information on how each class that are related to my major would help me on my path to my career as a computer engineer. The Course Catalog shows what classes I would need to take, how many credits I need to advance, the jobs that hire for this field, and many more. It mentally prepares me for what to expect in the future for my college career. In order for me to graduate with an Associate’s degree, I would need 36 credits. The City Tech Course Catalog shows the required classes needed to graduate. This information helps me decide on classes I will take that are required.
This major is ideal for anyone that loves technology and likes to learn by doing hands on activities. Computer Engineering is a blend of electrical engineering and computer science. In result, engineers use knowledge of computer hardware and software to keep up with the latest innovation. I am looking forward to accomplishing my goals in my college career by being determined, focused and continuing to have passion in this field. I believe that is the only way to succeed as a computer engineer.