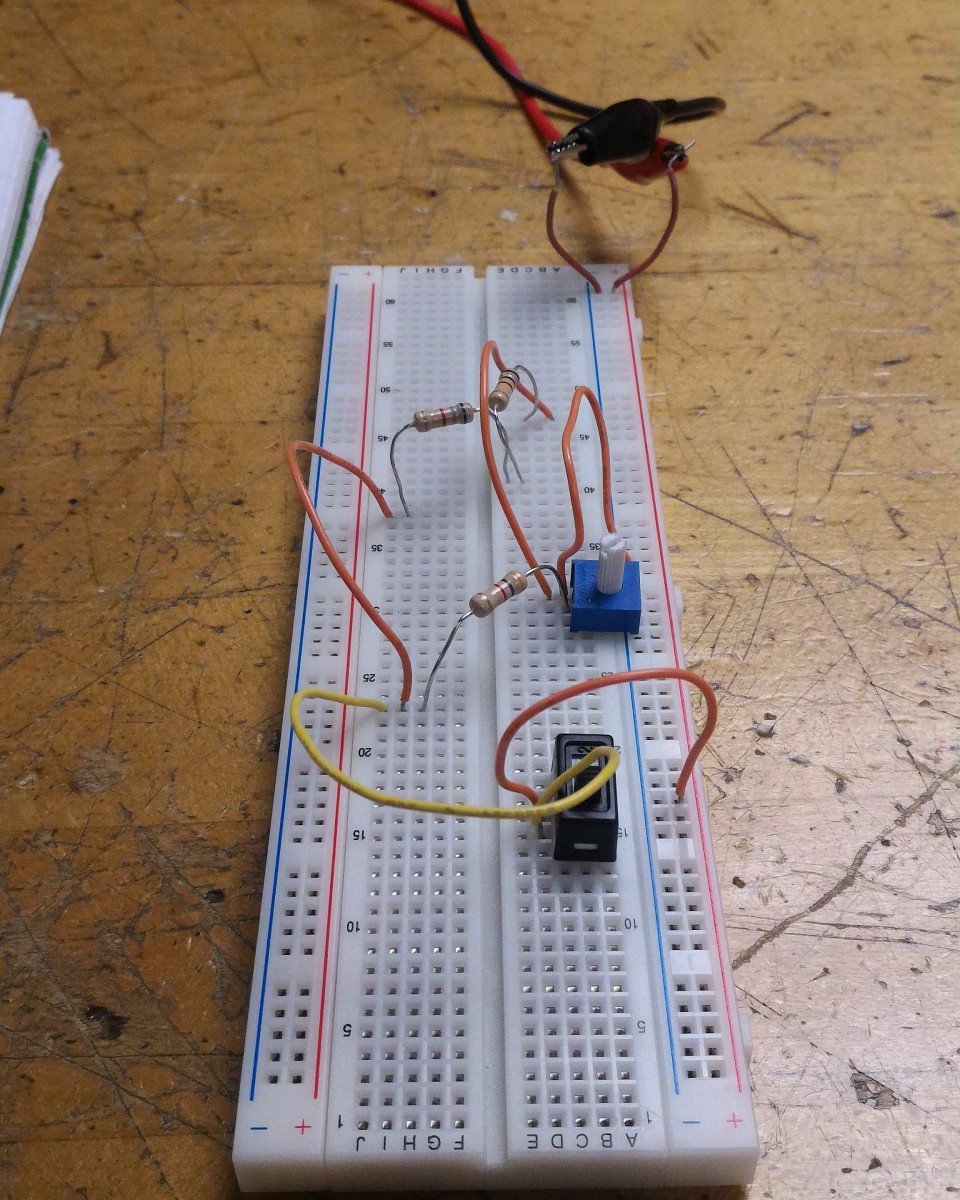 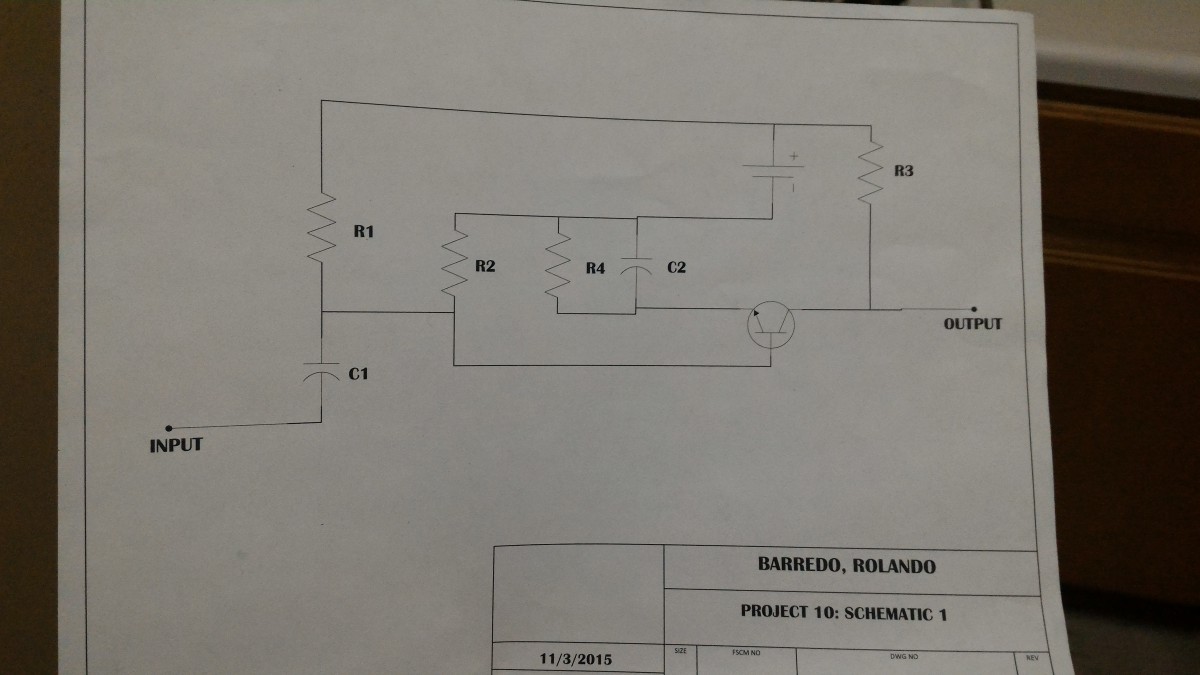 Electro Mechanical Technology, or EMT for short, is a major which focuses on the mathematical and hardware aspects of computers and electricity.The full name for the degree is the Associates in Applied Science in Electro Mechanical Technology. This degree is great for anyone that wishes to pursue a bachelors of Computer or Mechanical Engineering. According to the City Tech College Catalog, on page 213, you can be hired for several positions, including computer maintenance, production assembly and robotics technology. The catalog also says that you can get hired by companies such as Verizon, the MTA and NYPD. Even I didn’t know the NYPD needed such employees. The degree is accredited by ABET, which is also responsible for many of the course finals tests many classes take. In terms of some of the classes you take, on page 219, it mentions the classes you take on your first semester. I am personally taking Electric Circuits, Logic and Problem Solving and Technical Graphics, among others. These classes are the basis of what you will need for the time you’re in City Tech, since they teach the basics of EMT. Seeing as one of the things you can get hired for as a technician is production assembly, I enjoy hands on work with hardware. That is what I want to do as a career after college. These are the basics of EMT at City Tech.

This degree is right for me because technology itself defines who I am. In a major such as Electro Mechanical Technology, you need to make sure, as in any other major, that this is what you truly want to do as a career. As seen in my Project 1, where I explain how computers define me, I describe how all the circuitry, components, and the idea of putting pieces of a puzzle together fascinate me. In Electromechanical Technology, according to the college catalog, on page 219, many of the labs involve putting components and cables together. This is, for example, in Electrical Circuit and ElectroMechanical Manufacturing classes.That is not only fun, for me, but it shows how technology is something that I honestly take seriously. On another note, technology is also something that gets me excited. For many people, technology just comes and goes, but the fact of the matter is that technology involves so much more. The future will revolve around technology, and we can’t simply say that comes and goes when it’s something that will improve our future. That is why I’m so intrigued with technology, which is how it defines me. This is key in order to succeed in my major.

Despite my major being an Associate’s, it promises good pay for when I get out of college. One great source we can use to see potential pay and job outlook for our specific major is the US Department of Labor’s Occupational Outlook Handbook. It tells us things such as median salary, job outlook, and also what the certain ob involves. According to the Occupational Outlook Handbook, under the Architecture and Engineering section, we can find the Electro Mechanical Technicians section. In there, we can find that anyone with an Associates in EMT, can earn around $52k. That is a good amount considering it is only with a 2 year degree. It is projected to grow at a rate of 4%, which isn’t that much, but it also says that our skills will help us maintain the demand for the job, which is key for its future. Another job that I can also get is being a drafter. Under the same section in the Handbook, we can see that drafters earn around $50k as well. That involves making schematics either handmade or using software, such as Microsoft Visio. (Which is what we currently use in my Technical Graphics class.) For that job, you only need an Associates as well, which goes to show that getting an Associates is quite handy, and quite a pay day.

STEM jobs, or jobs in the sciences, technology, engineering and math are growing the more time that passes, and it is still developing, even through K-12 education. This shows me that our government wants more high school and college graduates choosing this category of jobs. For example, the article The Keys to Future STEM Careers: Basic Skills, Critical Thinking, and Ethics by Kathleen Ramsey and Barbara Baethe shows that compared to other countries graduates in STEM fields, we can still improve massively. On page 26, on the first paragraph of the introduction, we can see that bachelor graduates in the USA for STEM applications are at 31%, compared to 61% and 51% in Japan and China respectively. These stats are from 2008. Also in that first paragraph, the overall consensus is that interest levels in STEM degrees are high at first, but once you get to the senior year of high school, only 12% of students remain interested in that career. I am actually one of the people that had no interest when I was in 10th grade, until a project in 11th grade made me realise EMT was what I wanted. The project involved researching careers and colleges that offered those careers. This is important because the article also states that one of the keys to STEM success in the US is increasing student involvement, discussion and research in these topics. This information shows that despite the vast amount of STEM careers, there is a lot of improving to do, that there is constant work done. This clearly shows that the future for my field is a promising one, and the fact that I’m going for an EMT degree is a huge step in the right direction.

Completing my Electro Mechanical Associates leaves me at a roadway with several paths to choose from. Whether it be in City Tech, or in another school, I have so many choices of Bachelors I can pursue. For example, Eletro Mechanical Technology involves Electrical and Mechanical Engineering, and I can decide to go for either one for Bachelors, since full credits transfer here in City Tech. I can also decide to follow the path I’m already in, which is going towards Computer Engineering. The last path, which is one that I am thinking about, is just going for the Associates, since the ratio of time to pay is well in favor of just getting my AAS. This will enable me not only get a job sooner, but to also experience real life in general sooner, rather than be stuck still in the college life or 2 extra years. The extra time having a job looks better in conjunction with an AAS looks better after the 4 years. Those are the possible paths my life can take once I fulfill my potential in my major here at City Tech.