What a waste! Making me plan out my career now while I’m just a freshman in college. I mean who would of thought that I, Arjoon Hansraj, would even make it this far. Now, attending New York City College of Technology in the School of Technology and Design studying to be an Electronic Engineer Technician which is under the Electrical and Telecommunications Engineering Technology Department. I just think it all a waste of time, I mean yeah I know what I like to do, create things with my hands that serve a specific purpose. As of right now I think I’m on the right path, Electronic Engineering is the career for me because it allows me create, experiment and investigate new ways of doing things people have done for centuries and allows me to make those ways easier. To start looking at this career I will first look at what I must study in school to be able to face the engineering world, then really divulge why I really chose this career and finally how I plan to further my studies and career.

As far as common knowledge of this career goes, I know that engineering is highly math and science based. According to City Tech, I must take at least two math classes, two science classes, more specifically physics, and two English classes to complete the general education requirements. To add I must also take a variety of engineering courses in which you learn everything from basic circuits to the detail’s of how they work and how to analyze them in order to fully understand them. For example, the first engineering course I take is EET 1102 which is, “An introduction to the use of computers for analysis of electrical and electronic circuits by using state-of-the-art software for computer simulation of circuits” (City Tech, 255). All this is saying is that the first thing you learn is what circuits look like on a computer and how to draw them with basic components. In learning this you set the foundation to further understand the finer points of this field of work. Another course that you take is more hands on than just making circuits on a computer is the Digital Electronics course. In that course you learn, “Fundamentals of digital electronics using Boolean algebra, truth tables, Karnaugh maps and waveforms to analyze and understand digital logic circuit design. Logic gates, binary arithmetic, flip flops, counters and registers are analyzed in experiments.” (City Tech, 255). Though that may sound very confusing, the course itself is very enjoyable. You, as a student, using the knowledge you have gained over the last semester or two, being to actually manually build the circuits you’ve been learning about. To add you get to test out variations of those circuits and let your curiosity wander. From just these two courses alone I can tell that being an Engineer Technician is worth all the hype. There isn’t much of a lecture in these courses as there is labs to see and understand what your learning for yourself and not to just take peoples words. After going through school and learning every thing in the classroom you begin to start your career as an Electronic Engineer Technician. Some of the careers you can hold include Engineering Technician at a Tier 1 auto supplier, Head Inspector at a Gas Turbine company, a service technician for a software developer and much more. All these jobs are available to anyone with the Technician degree however I have one dream career in mind. My dream is to create, design and manufacture Printed Circuit Boards that will aid in upgrading and developing new ways to help humans perform not only everyday tasks but be able to aid them in any way possible.

Even though I know I have a decent amount of time before I get into a career I still stand by my decision to be a Technician. Some of my reasons for this decision is first, ever since I was small I had always been fascinated by the way things were made. I would always see something I liked and try and replicate it on my own. I didn’t really like help from anyone until I found friends that enjoyed the same thing as me. From this early beginning I was draw to my science and math classes more than any other subject. During my high school years, I got a taste of what engineering is and I was hooked from the first day of freshman year. From designing mechanical systems, to wiring circuits, to programming, engineering had my name written all over it. I decided to follow it in college and here I find more reasons why I like this field. Firstly, from just a preliminary look of my courses for the next two years, I have found that most of my classes are engineering classes that are more lab based than lecture. Also I find that in the lab classes I will be able to test theories instead of just learning them which is something I have always wanted to do since middle school. I have always asked the questions why and how, and now in college I am finally able to answer them on my own. From being a very curious kid who always wanted to test and try my hand at everything I have finally found a career that will let my imagination run free, and with my education the possibilities are literally endless. 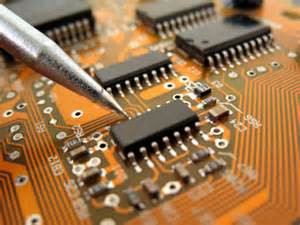 When I finally enter my career I plan to excel past entry position as soon as possible. I know I can stick to this plan due to the fact that I have done it before. I volunteer as an NYPD Explorer, which is a program initially designed for kids who would like to be part of NYPD but also can be used as an aid to decline as well as familiarizing your self with the law. In the Program there are “ranks” just as there are in the NYPD which you have to display a certain level of competence in order to be recognized and be selected to rank up. Going in as someone who knew nothing, within four months of joining the program I was ranked up before those who were there before me. I was ranked up because I wanted it more than anyone else, now I plan to take that same determination to my career. I know that its not going to be entirely the same in the work force but I still plan to be irreplaceable to my employers. Those at an entry level position make close to $60,000 a year (The United States of America). I do not plan to stay at that level for very long. As an Engineering Technician my mind is developed to constantly be looking at new ways to do things and better the world around me and better myself as well. Being that I may have to follow somewhat of a routine in my job from day to day, after getting used to this I plan to further my education to obtain the next level which is a Bachelors Degree and then Masters. If I stay with the same company, I will take what I learn in the classes and bring it to my company making not only myself better but also the company. I do not plan on being bossed around for the majority of my life, I plan to be the boss and maybe even the bosses boss. I know that I can achieve this goal because I am a person that when I desire something I put all 110% of my efforts into obtaining that goal.

After graduating from college there are many paths you can take in terms of careers. Engineers are not locked to one specific thing they can do. In some points of views, an engineer is a “Jack of All Trades” meaning that they are able to apply their knowledge to a wide range of disciplines. To add we are always searching for a new challenge or way to apply our knowledge. According to Jeff Kerns, “After college, I became a commissioning engineer… So, how did I end up at Machine Design? Long story short, I am always looking for something new. Inventing and entrepreneurship are passions of mine” (Kerns Jeff par. 1). What this means is that even though he started in one place there is always room for improvement and to incorporate new things into what you do. He started as a Commissioning Engineer, but realized that there was so much more he could do with his knowledge. Understanding this for me means that even though my skills may seem very narrow after college, I can always improve upon it. Like Jeff, I can start in one place end up in a complete other. I take this as a lesson that after college I might not be in the career that I dreamed about but if I continue to apply myself to my work and always seek to expand my knowledge I will end up where I truly want to be.

Though I am still just a freshman in college, I know that I have a little time before I am in the real world. However, from now I know what I like to do which will further on to a career in something of my dreams. As of right now, that dream falls under the career of an Electronic Engineer Technician. I have the correct hobbies and mental training associated with this field as well as a drive to be the best. With some minor research, I have found what this career has to offer me in terms of median salary and jobs in my area. Also I have learned that careers are always subjected to change and that I may not be where I want to right out of college but I can always work up to that. As of right now, I have an idea as to how I want the next few years to go. Firstly, in my last semesters I plan to obtain an internship, paid or unpaid, in an engineering firm in order to have an idea as to what the work in the field is like. Then, to have a job in that firm to gain skills and experience that will allow me to find better jobs and start a career. After about 4-5 years, I plan to start my career and fully immerse myself in that career, working as hard as possible to make a name for myself. I know that it will be nowhere near easy but I am ready to work for my dreams because dreams are worth all our efforts. I will make my name known in the Engineering world; it is just a matter of time.