For my final entry, I wanted to touch on a large order that came in this week. A few large orders in fact. All from previous wholesale clients.

Many underestimate the importance of following up and doing a good job the first time around to leave a lasting impression. Unlike the earlier years in our lives, people and business don’t usually communicate in a predictable way. Long spans of time pass, new business opportunities and experiences pop up. And more often than not they will continue to do business with you years to come.

I enjoyed my time here at New York Popular. Over the course of my internship I learned valuable technical and life skills that I can bring with me for the rest of my professional career. Graphic design and print production seem to be more connected than I initially thought and it has been a great partnership. My manager was very pleased to have me as part of the team.

Every so often we have an order come in that needs precise measurements. This usually means that the clothing templates I’ve made are obsolete and need adjusting.

Since this was a large order (and to a larger extent, can relate to how important specs can be especially when money is involved) there was a lot of back and forth communication with our client. I would send them a demo, they would disapprove but see the potential, and this cycle would continue for several more emails.

The challenge is in presenting the mock-up that our client will agree on that is as close to the real thing as possible. In earlier demos the font was too small, or the color and size of the shirt were changed, etc. After several attempts, we finally came to an agreement on the demo.

I increased the size of the text from the first demos. 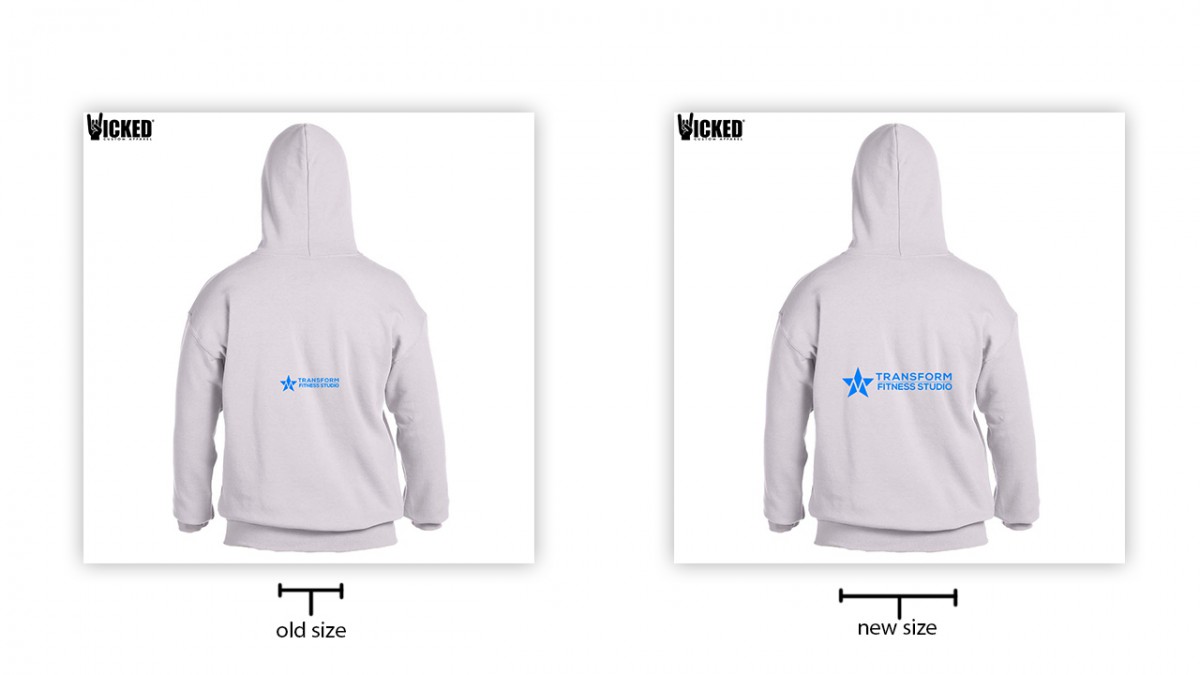 Before we left the office this week to spend time with our family and friends, work needed to be done. And a lot of it. This week I worked on New York Popular’s  Lifeguard brand. I had to make banner ads for their email marketing campaigns using mailchimp. The designs were well received and I even saw a few people wearing our hoodies while traveling to Philadelphia for the weekend 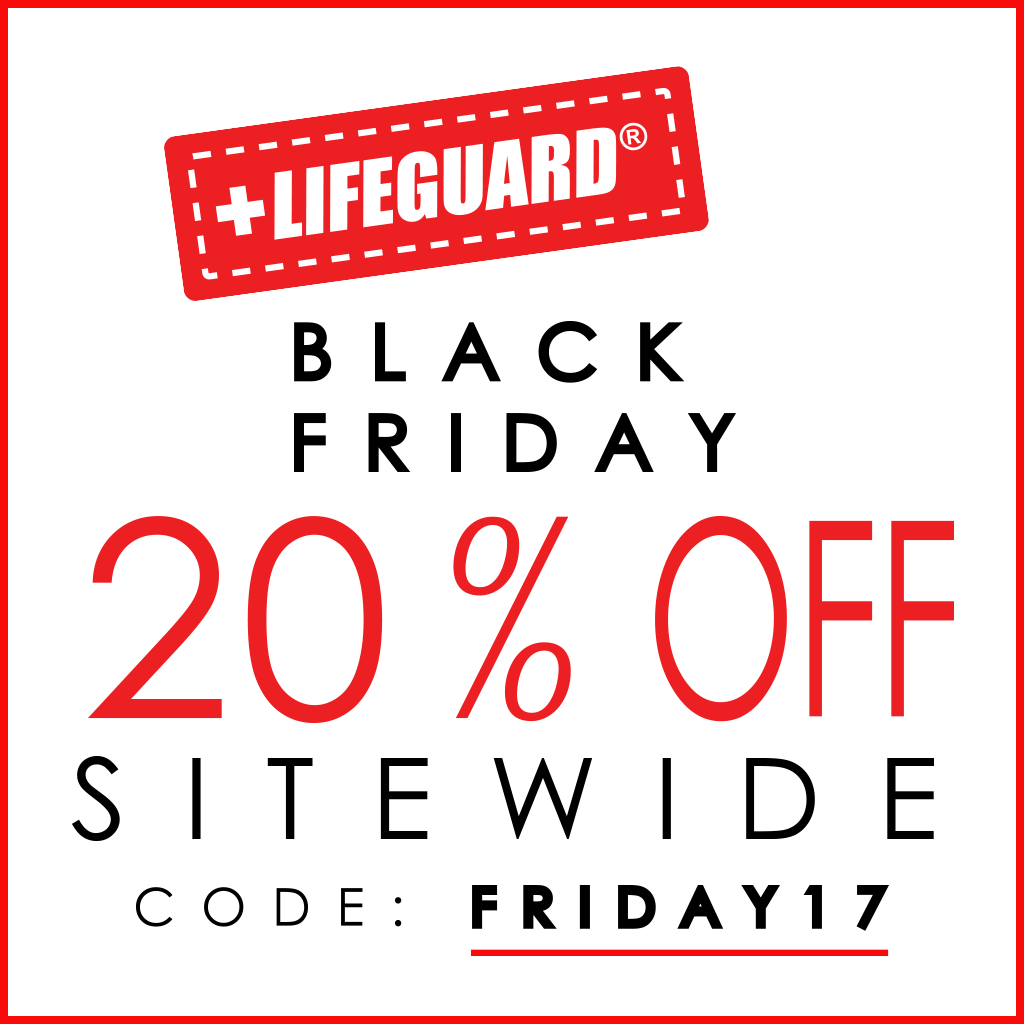 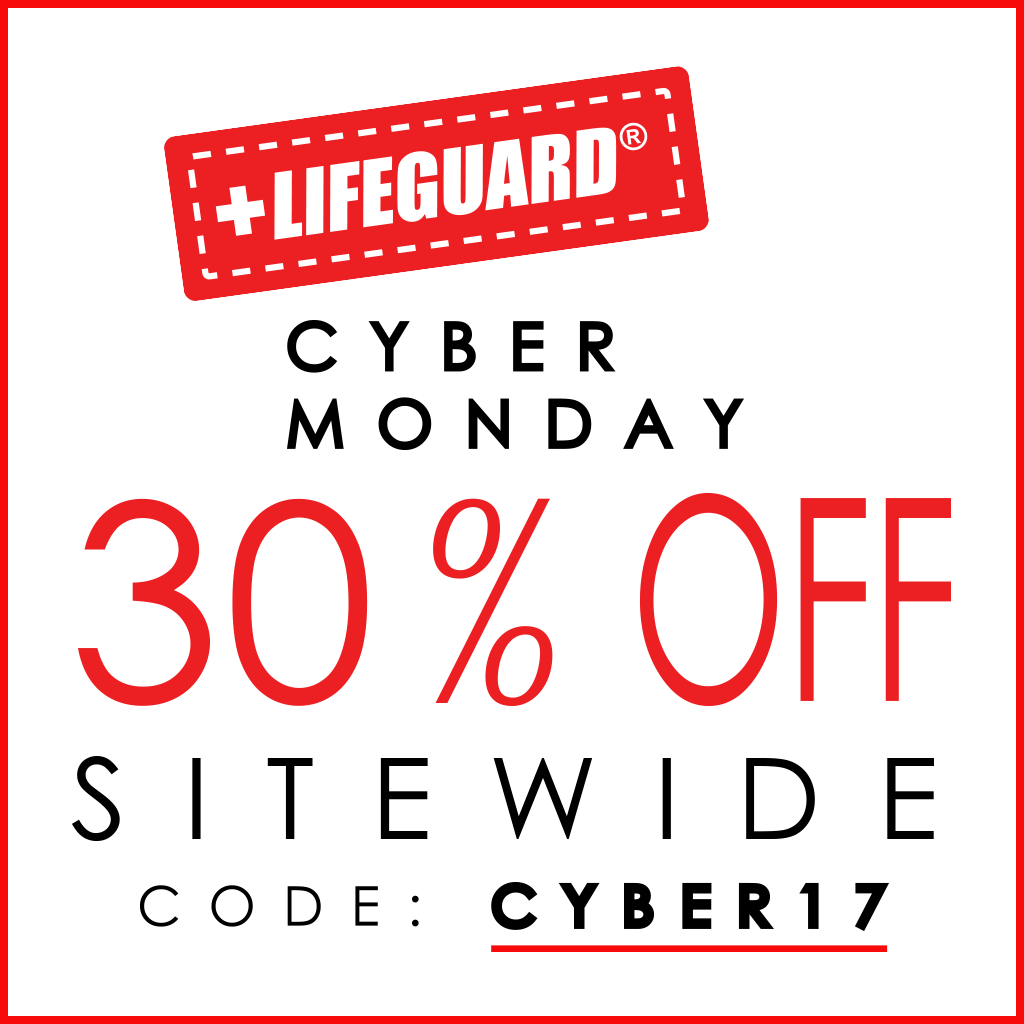 This week, we recieved an order for a custom design that used a specific font. After searching through our catalogue I noticed that we had several more designs using the same font (which happens to be Freshman).

The Design was made, passed internal approval, and shipped out to our client earlier than scheduled.

A few days later, that same order is returned with a note saying “The design is off. can you please fix it?”. My teammate and my boss couldn’t see what the issue was, and neither could I. Several orders came in that day. That reship had to be put on hold for now.

It wasn’t until the next morning when I recieved another order asking for the same font choice in all caps. “Isn’t the font itself all caps?” I said to myself, but after typing it out the font changed!
Apparently, Freshman uses a different set of characters for uppercase and lowercase. Uppercase characters are slightly taller while the lowercase version is shorter and has smaller tracking. 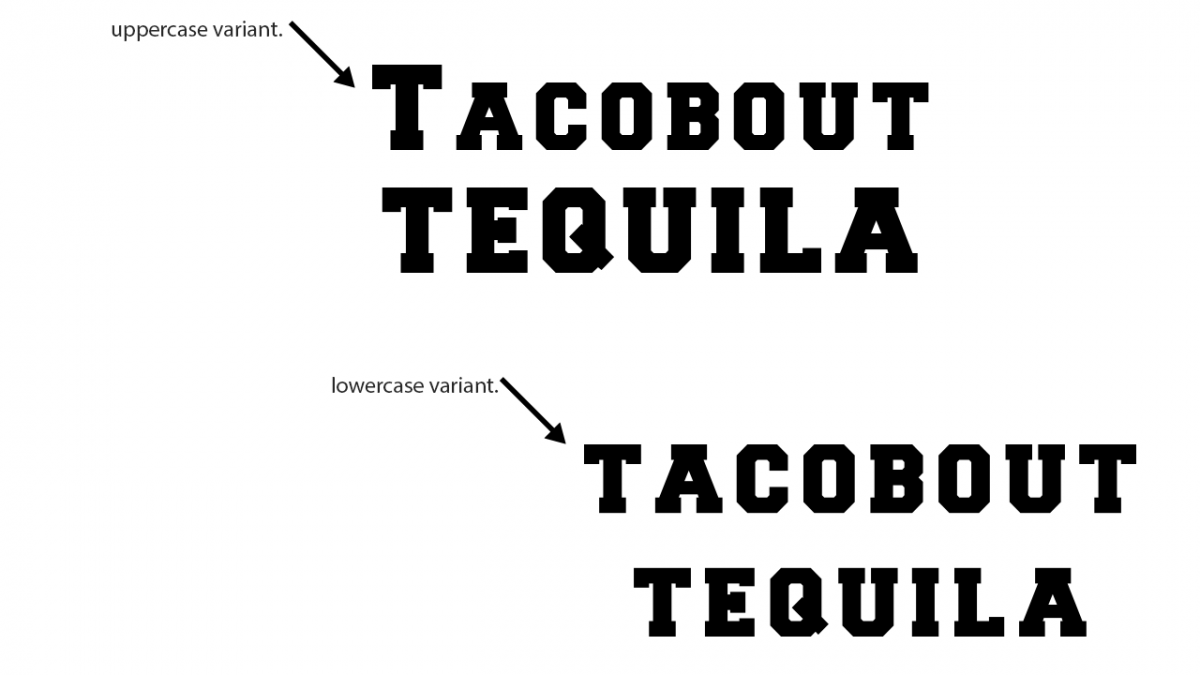 Once I figured that out I told the designer who made it the good news, made a note for future reference, and reshipped the item back to the client. And they liked it this time.

This week I was tasked with following up with any customers or orders that “slipped through the cracks”. Holiday season, especially in the online retail world can get hectic.  On our Etsy storefront we have several custom orders that come in on a daily basis.  There was a particular reship I’ll always remember.

Nothing was inherently wrong with the order. Design was great, our client loved the mock-up, everything was sent out in a timely manner, etc. The client requested an address change for their package. Simple right? Well, the order was already shipped out.  I emailed them letting them know that we’ll reship the item once it arrives back at our warehouse…

Only it didn’t. We traced the last location of the package and it never left one of the shipping destinations. Out of good faith we prepared another order for her and shipped it out with next day shipping.

This week an old design was requested. Luckily I had the file waiting to be printed. Here goes nothing…

The print production staff came in and returned the vinyl to me after attempting to peel it. It’s a mess. 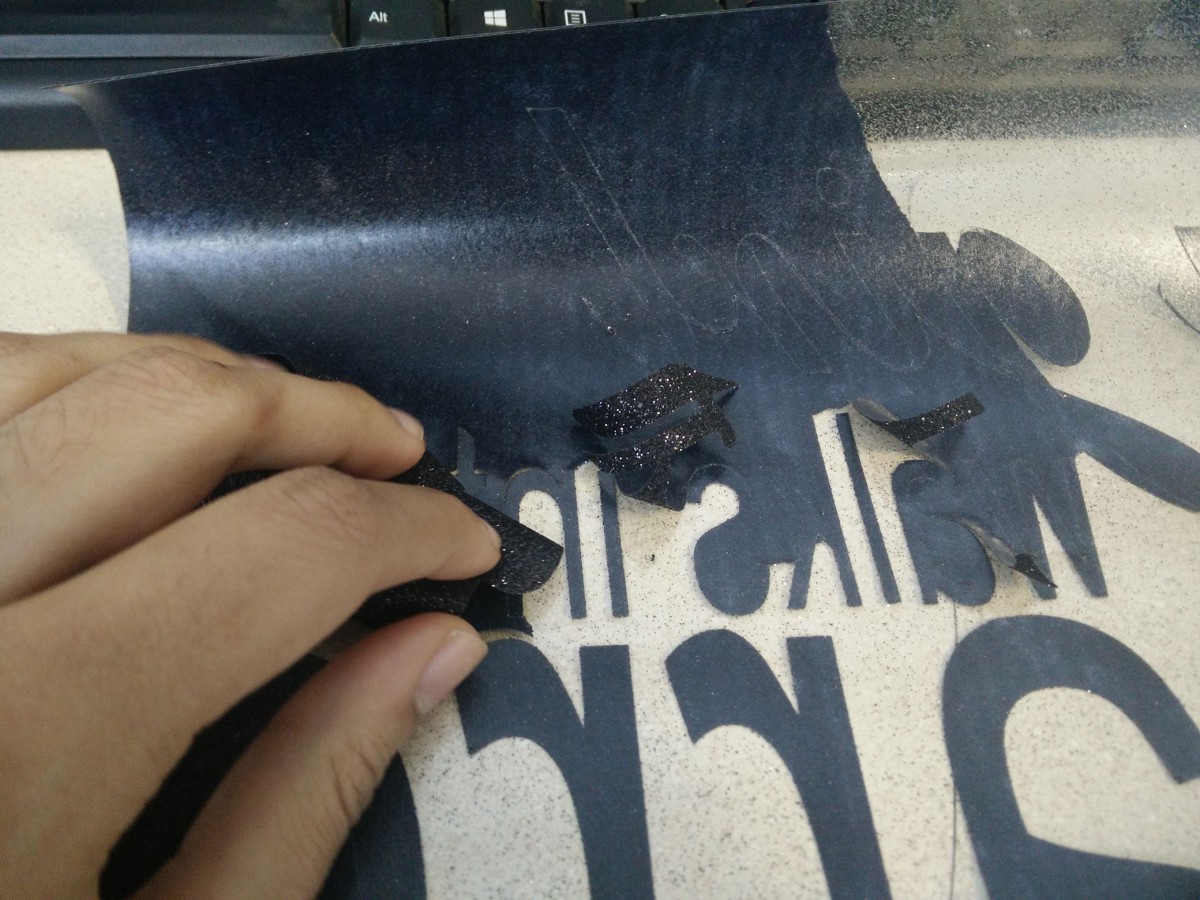 Time to recreate it!

Since the sourcefile was missing I had to get creative with remaking this design; the last thing we would want to do is tell the client “sorry, we don’t have it anymore”.

I simply dropped it into Illustrator, image traced the design, outlined it, and increased the border to get rid of the thin strokes the original had. After that, the print was ready to go! 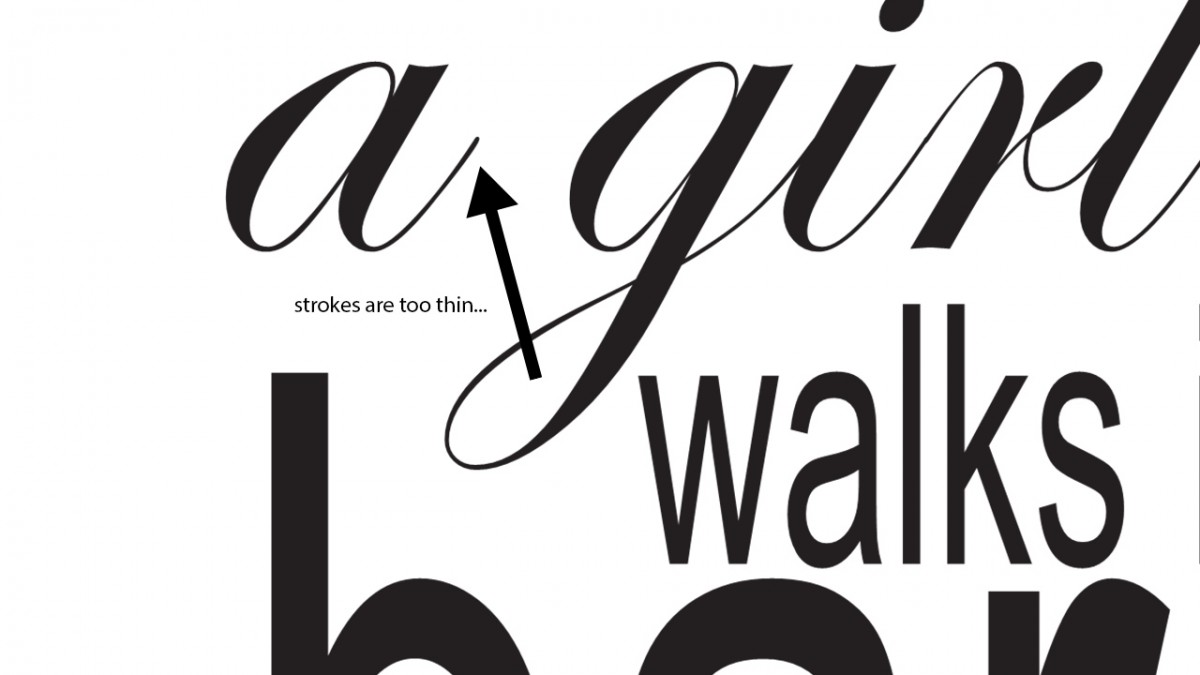 And the improved version! 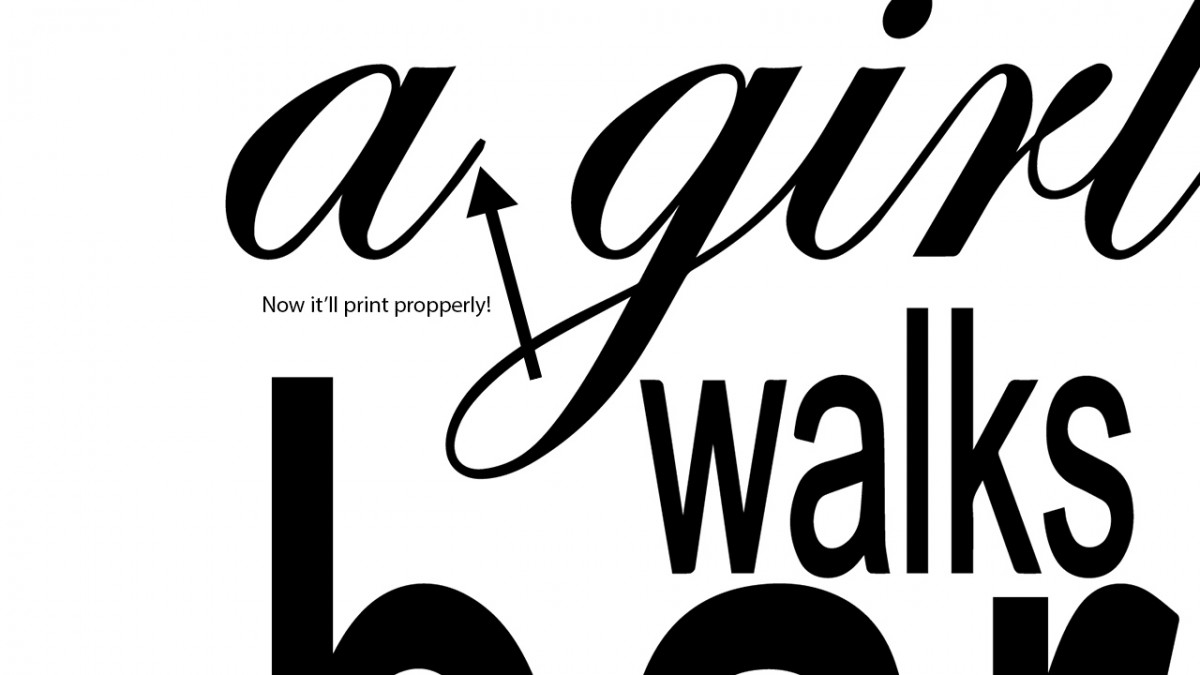 Halloween is right around the corner, and this week was all about preparing banners and marketing material for it. Luckily my manager had his models wear our new merchandise for the photo shoot. It certainly helped the banner look more engaging. I created the copy and graphics in Illustrator and created the drop shadow and color grading in Photoshop.

I can’t stress enough how useful the outline function and the new export panel in illustrator have been in making this.

This week my manager put my design skills to the test. All of the orders that came in were for customs (thank you, marketing campaign). So by extension, several mock-ups needed to be created.

Designing type for clothing can be tricky. Text alignment is almost always centered and narrow. It just looks good the vast majority of times. This client disagreed however. So I sent them a demo with their design aligned to the left. They loved it and placed their order moments later.

Our first large order in a while came in this week. I loaded up our cutting machine with a fresh role of white vinyl and was seconds from starting the print job before my manager abruptly stops the machine.

“Oh, not vinyls for this one. I need you to order decals from our supplier.”

What? Decal? Essentially, a decal is just a mass produced vinyl design with a set color. At Wicked we use heat transfer for our clothing to apply the designs our design team and I have made. This simplifies that process by not having to print, cut, and peel for each vinyl on the order. Having worked exclusively in the digital space this is something I didn’t know existed but makes total sense.

I made the designs we needed in Illustrator, exported them out as a high pixel count .png and submitted the order to our supplier. We got the decals in two days later and completed the order.

Hey there, students and faculty.

In these next few posts I will be detailing my time as an intern at New York Popular. I started working here as a temporary front-end web designer troubleshooting various issues with one of their websites shopwickedapparel.com

Fast-forward to the fall semester, I interned in their design department to get a hands-on experience with print production and “speed designing” so to speak.

I was not ready.

I underestimated the difference of designing for clothing and fabrics vs for a smartphone. Things you wouldn’t even begin to worry about cropped up. What is the ideal size to print text on shirts, complexity limitations for designs, only use one color per print, flexibility and durability of type on fabric… the whole nine yards.

I won’t be covering the technical aspects of my work in depth as that is out of the scope of these posts (and new orders come in by the minute) but I will offer my experiences here. Unedited to a fault. I hope that future students and even the staff here at City Tech take something from these summaries of my week whether it be new skills or new outlooks on working together with complete strangers who are no different than you.