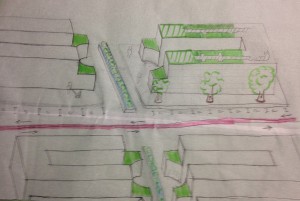 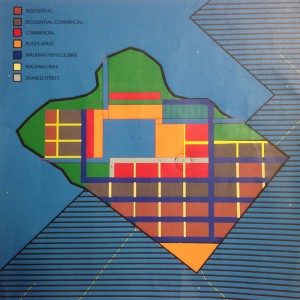 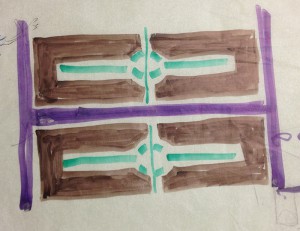 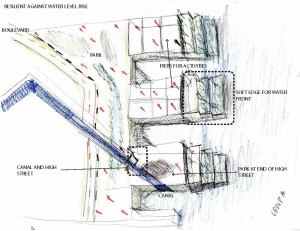 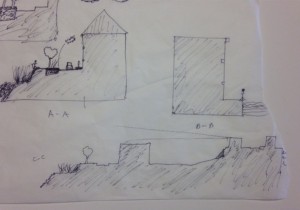 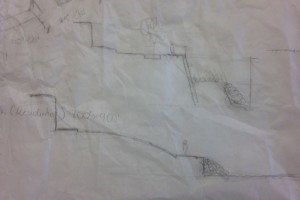 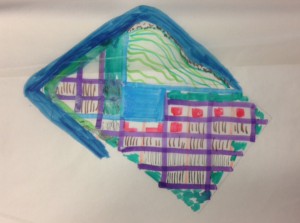 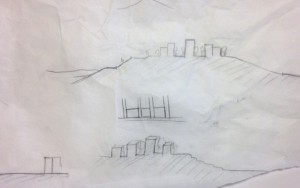 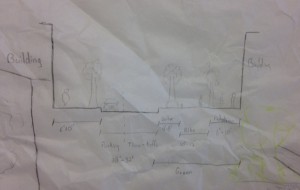 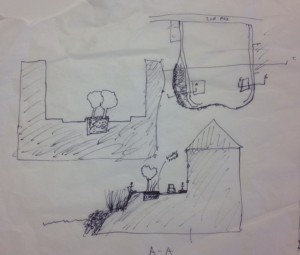 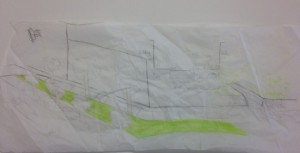 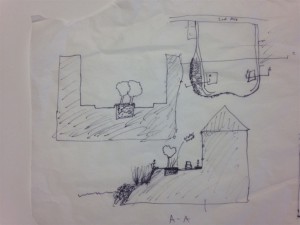 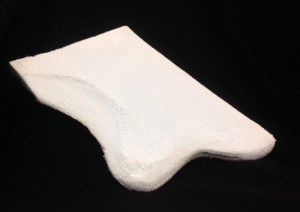 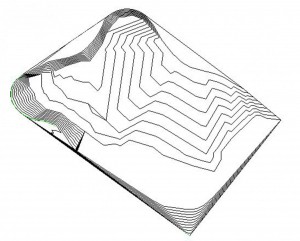 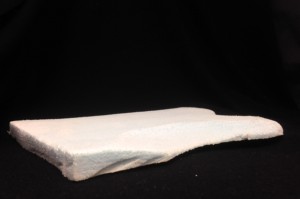 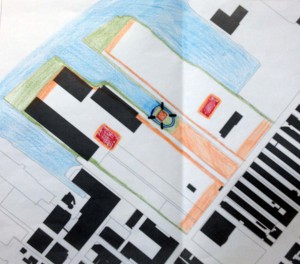 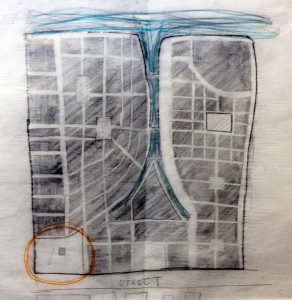 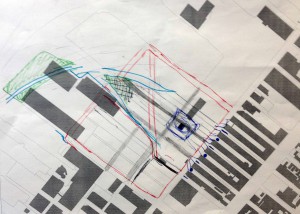 The plan focuses on commercial (orange) being in the center connecting a canal that will have a central ‘island’ and bridging so that people can move to other parts of the site. Another design detail that was important was creating a ‘wrap-a-round’ open space/ park.  The open space will go around the entire site in order to bring green spaces to the existing area and to guide people towards the waterfront to prevent overcrowding and or blocking the streets into the space.

The main concept of this plan features a central plaza that has the canal running underneath. The canal will come from three places and join in the center. People will be able to use the bridge to get to each side. Parking will be limited and so parking lots will only be in two areas. The site also dedicate the waterfront as marsh land and the infill will be part of defense for rising water.

This plan has multiple ridging when the canal separates two land spaces in order to keep walking continuous. The bridging is a part of walking paths. There essentially three main commercial spaces. The central one consist of major department stores including walking around green space. The other two ‘centers’ have multiple uses. There is a separation of private and public in order to keep the private areas safe and not feel like the public is intrusive. Even though the block on the inside will mainly be residential the blocks will include commercial and open spaces.

The last plan is made up of major streets. Choosing not to builded on the southern corner of the site allows for visitors to feel welcomed. The plan shows very clearly the hierarchy of roads and open spaces. Which is one of our principles to show within our final master plan.

This plan is a combination plan. We choose to have the main center in the southern corner, create a plaza in front of the existing buildings, naturally form the canal cutting through the site, and limit the use of cars that will pass through the site. We want to encourage green living and one way is by limiting the use of cars. 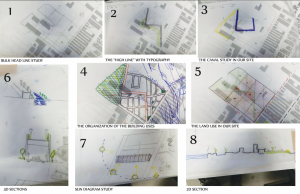 Regarding our principles for the design concept, we have incorporate these sketches to find more pleasant environment for the people in our neighborhood. 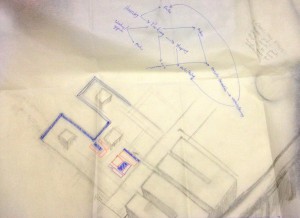 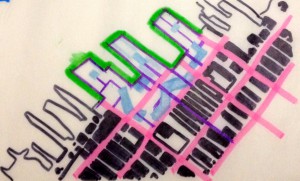 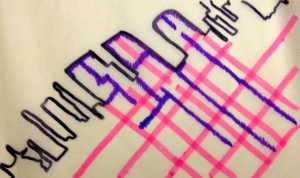 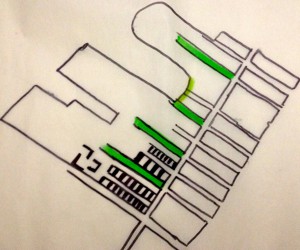 This was my last sketch I did before seeing the site. My last thoughts I was not very concern with exactly where buildings were placed, I actually found it very difficult and found making connections of how people traveled was important. I wanted to really think about the person walking home or to the grocery store. The visitor walking to the site. What did they want to see? what are the difference between the visitor and the resident. Connections became my focus.

This is the third sketch I had. I wanted to make sure that whatever buildings I had that I would be able to provide “shortcuts” and routes through the building. I didn’t want buildings to get in the way of hoe people move. The purple lines are minor streets and the pick are major. All building is connected to a minor street and all minor streets connect to the major. The green are pars & open space.

This is the second sketch and it connected to the third sketch. I wanted to continue the existing streets. Purple lines being minor or shortcut streets and pink being major streets connecting back to the grid.

My frist sketch. I wanted to connect the green open spaces to the current streets trying to attract people to the site. 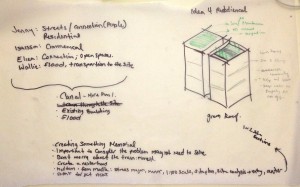 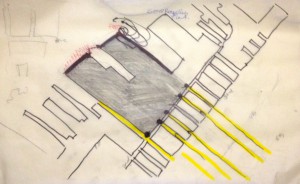 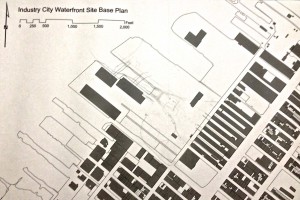 Focusing on Key Elements of the Site

As a team we talked about what about the site and design interests us. We went discussed some ideas about the residential buildings that we may want to consider having either a low maintenance green roof which the families cannot use or a garden green roof allowing the families to grow their own food if they choose too. This is just one of the early ideas that will be further discussed.

Choosing where the “entrance” of the neighborhood would be located. We decided we didn’t like the word “entrance” we wanted to keep it apart of the community by following the grid of the streets. The yellow lines are the roads that do not disrupt the views looking towards the site. We find these streets very important because people like to look were they are going. Our “entry” will be located on those points. The ferry is also another entry point to the site. We decided to place the ferry on the right of site because we wanted parks along the water.

One of the idea we had was to have a canal through our site. This plan is actually three plans in one. The possibility of how far the canal show come to the site and the advantages and disadvantages of splitting the site into two is what is being discussed. The overall idea behind this plan is to have private and safety to those that live in the site while allowing the surrounding visitors to enjoy the site as well. Creating a balance and guiding visitors to enjoy the area and not feel like they are intruding.

Continuing the canal talk and suggesting if we do divide the site there should be connecting points like bridging. Deciding to walk over or walking along side the canal. Thinking about how would people move to and from the site. Moving from one canal to possibly multiple. 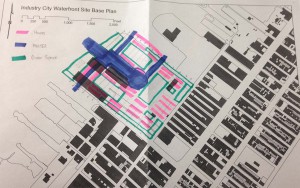 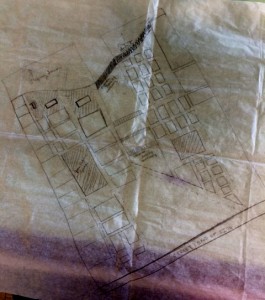 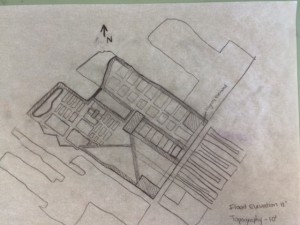 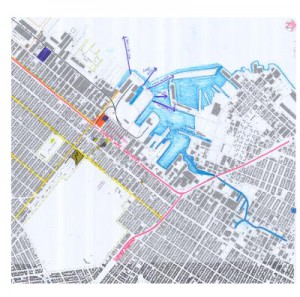