Emoji have slowly infiltrated our modes of communication. Hearts, winking faces, and even fireworks are now part of our daily conversations: on Twitter, WhatsApp, our text messages and any other application that has a keyboard.

Unicode Consortium, this nonprofit organization is responsible for maintaining typed character encoding standards; therefore, Unicode is, in a way, the guardian of the current collection of emoji on your keyboard. They are the ones who decide what new emoji are added annually.

Between fascinating interviews with linguists, designers, emoji activists, and Unicode board members. This documentary follows attempts to gain acceptance for three new emoji, including a successful bid from a group of Argentines to get their beloved yerba mate. As Flor Coelho explains in the film, the caffeine-rich yerba mate drink is such a staple in her country that not a day goes by when she and her friends wish they could text each other with the emoji of yerba mate ”.

From designing the emoji and giving a presentation in Silicon Valley to worrying about internet commentators suggesting that users would simply use the yerba mate emoji as a substitute for a bong. finally, they would yell in celebration when they found out that their proposal had worked. Furthermore, just as the journey of the young girl who pushed for a Hijab emoji and the advocacy group who lobbied for a Period emoji, this documentary raises questions about the universalizing potential of these little pictorial representations. 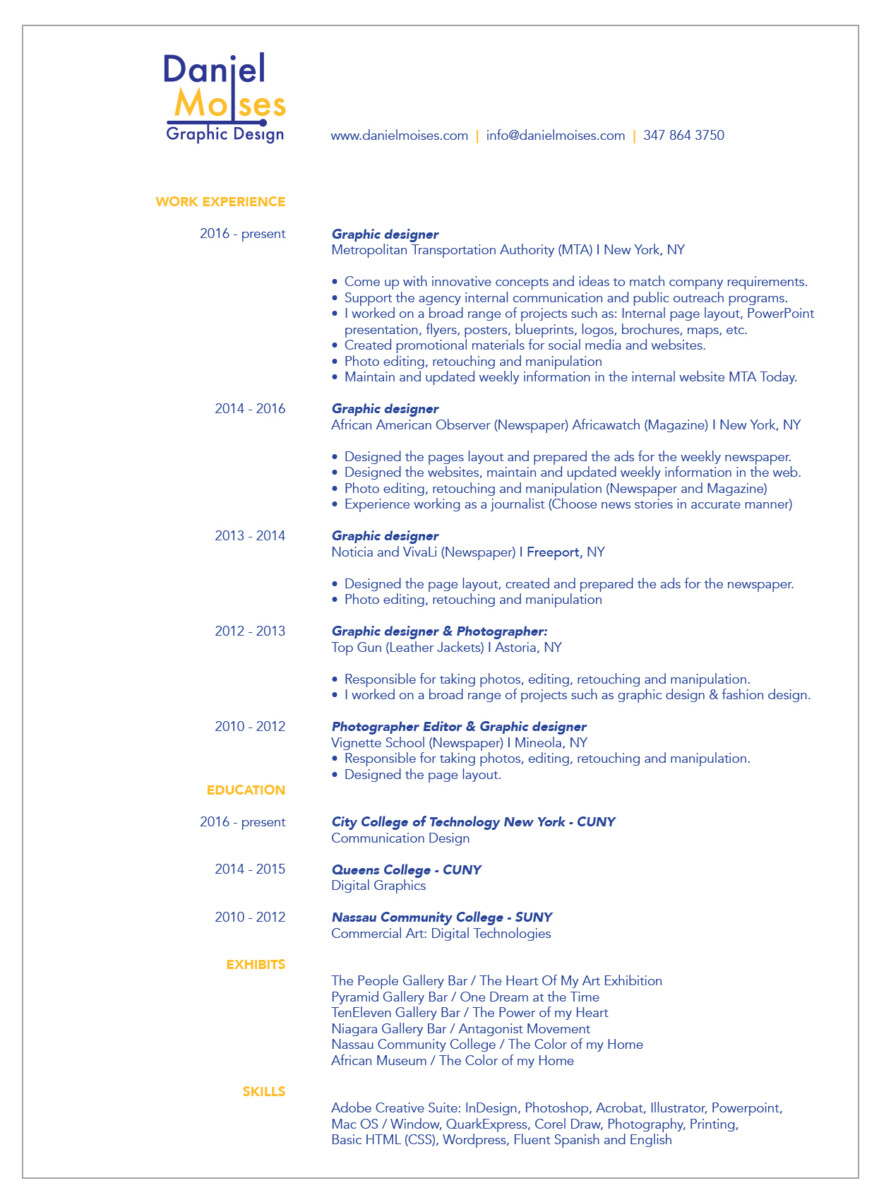 A summary of the key points that I learned and covered in class were:

This class was one of the key pieces for me. Since many times we do not know how to negotiate our salary or benefits. Sometimes companies take advantage of this.

One of the ethics chapters in relation to my current internship was not copying anyone and creating something unique. Be honest with what I do. Whether in colors, design or concept. In other words, my personal ethics are standards by which a person judges behavior as “right” or “wrong.” Ethical expectations often take the form of principles such as: concern for the welfare of others. Respect for others. reliability and honesty.

I performed doing duties related to my specialty, such as designing flyers and managing 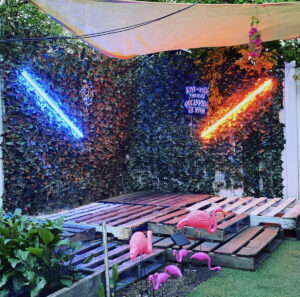 social media. But the last weekend of my internship was more than working on my specialty. A live music event was held in the backyard of the Deep groove. A ska band came from Texas. Where we had to do the decoration of the backyard and create a stage for the band. We made it with wooden pallets and decorated it with lights and flamingos. I can say that we design the space.

What I learned in this internship referring to the music industry in times of pandemic is that it is always reinventing itself and looking for new ways to reach the public. Using different platforms you can maintain a virtual connection with the audience. The online purchase and sale of vinyl grew this year surprisingly, this is due to the pandemic. All vinyl collectors traveled around the world to buy records at reasonable prices. They used to visit street markets, Flea markets, antique stores, and visit collectors’ houses. This can no longer be done until the world is safe again.

In this internship I can say that I found my boss Piero as a mentor in some ways. I can say that it is because of his vision of his life which is to “Help everyone and everyone win equally”.  Also, create events from scratch and make it possible for the Brooklyn community of musicians and DJs to connect through the deep groove. There is definitely something about his personality and strategy that people like.

I think my job performance was good. I liked the schedule. It was on the weekends, Saturday and Sunday. This gave me time to do my homework and attend my classes on the weekdays. Communication was always precise and clear. Super casual and remote. I thought all of these factors helped make this internship fun and relaxed. 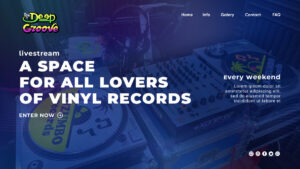 My previous internship was working as a graphic designer at the MTA, I had to work in a corporate environment. The culture was not so relaxed. I think it was not the right one for me. I wasn’t feeling so happy because it drained a lot of energy.

So when I got an offer from a the deep groove, I accepted it.
In the deep groove, the culture is more relaxed and casual. The team is small rather than large groups. It is more democratic and less bureaucratic. I think it suits me better.