Extremely Wicked, Shockingly Evil and Vile is a crime non-fiction documentary regarding chronicle/records of the crimes of Theodore Robert Bundy (Ted Bundy) that he did and hid from his longtime girlfriend, who refused to believe after knowing the truth about him for years. A little background information of this documentary-like the main character, who performed Ted Budny’s character etc. Zac Efron was the main character who performed Ted Bundy’s biography that has been launched on Netflix and its worldwide premiere at the Sundance Film Festival on January 26, 2019, and was released in the United States on May 3, 2019. The film received many good reviews and critics at the same time but most people really enjoyed Zack Efron’s performance. 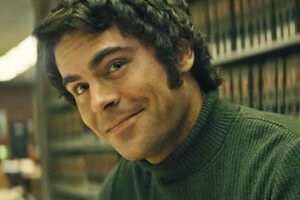 This documentary talks about this introverted, shy, and really public awkward person who was really insecure growing up because of poor family conditions. He used to live in Seattle, Washington, and was a law student and then fell in love with a girl (who was widowed and had a daughter) in a bar where he used to work. His girlfriend (Elizabeth) didn’t even know that he had been murdering other girls. His so-called shyness and pettiness I would say would never make others think that he could do something like this, especially his girlfriend that he loved so much. He killed random young women and even raped most of them and then either burnt their bodies or cut them into pieces. He basically was a psychopath but always pretended that he was innocent and always acted confident after being convicted of murders he did. I want to mention one of his documented victims, Karen Sparks who survived a beating in her own bed with a metal rod that Bundy used to attack her. He had committed crimes in many states including Oregon, Idaho, Utah, Florida, and Colorado. After insulting all the lawyers he got or just dismissing them from his case, he then fought his own case by himself because as I’ve mentioned earlier that he was studying law. He no doubts fought his case really well but all witnesses were against him, everything was proven but he still didn’t confess after proven guilty. He then confessed the murders of 36 women and some studies showed that it was more than 60 women that he brutally killed and got executed after 10 years of being in jail.  His first-ever murder was in Seattle after meeting with his girlfriend. She was the one who suspected his appearance to the police when watched the news about the killer (Bundy). She wasn’t aware that he was the murderer but later on she got to know him being handcuffed in jail via TV and when he came back home, he totally disapproved of the news and said that he was in jail because of a “high-speed felony”. Later on,  things got more serious murdered many girls, and then he shifted to Colorado’s jail and became the most wanted person by the FBI. 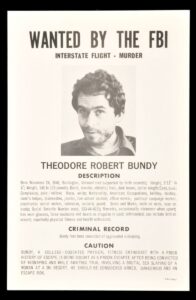 “He tried escaping in June 1977” like usual and he did from Colorado’s jail too but he was caught after a week. This documentary definitely portrayed the concept of the court system like first, he went to the trial court for his “allegation”, then intermediate appellate. After being a dangerous murderer then the highest court comes which is the appellate division where he fought his own case, lost it, and went to jail for execution. According to Screen Rant In 1978, Ted Bundy killed six women in Florida and was ultimately convicted and sentenced to death. And one more according to vox.com, “Bundy was charged with raping and murdering two women at the Chi Omega sorority house at Florida State University, attacking two more, and then attacking a young woman nearby after he left”.  Later on, after being sent to jail, he was executed in “Florida State Prison 24, 1989  was buckled with the electric chair and at 7:16 a.m he was pronounced dead”.

In conclusion, I think yes it really portrayed the legal field because whatever crimes he did at the end he got punished for it and was brutally executed and his body no doubt had felt the same feeling that his victims did. Many innocent women lost their lives because of this psychopath. If I talk about my perspective or interest regarding the law profession, it increased after watching this documentary that yes law works no matter how cool and well you play, if you’ve done something wrong you will get punished at the end no matter what. Court declared his death many times but they could not execute him without him confessing thus waited longer for his confession. And then died at the age of 42. I would like to recommend this documentary to everyone because it’s really interesting and is a biography of Ted Bundy and his crime, there’s actually footage of the courts hearing and like media coverage of his confession and shows what kind of a person he actually was.