My final project will be based on a article written by David Sack, he informs parents about the risk of children being obsess with sweets and that sugar is very addictive, similar to an addictive drug. Children that consumes large portion of sugar can develop serious number of health problems.

Headline of the article: “Kids on Sweets: Are We Raising a Generation of Sugar Addicts?” 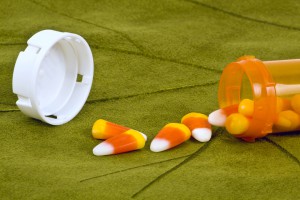 First Idea: What drug-addicted use?

-Replace drug contents with something sweet, like m&m’s or skittles. 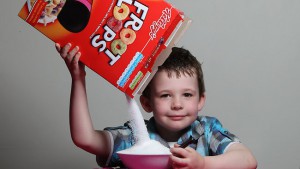 Second Idea: what’s inside the box?

-Replacing the content with sugar and pour it down on a container.

Liz Wells’ thesis explain the similar characteristics of omega watch ad being looking like the girls in the 1930’s. Omega watch made this ad for the purpose of emphasizing Cindy, the model, having an interaction with the watch, in a sexual way. By having Cindy to be placed on a black background and wearing the watch next to her half-open mouth, it says that you and your watch can build an intimate relationship together. The ad is all about selling the product, and who it can appeal to, so by putting two things together, a person and a object it can give a significant effect.

I agree to Wells’ opinion about the specific ad and advertising photography in general as Omega watch wanted their ad to be glamour up so it’ll make us feel like we want to buy the watch. Ads that are made attractive has the successful chance on grabbing consumer’s attention,  make  them feel like buying the product and nothing else.

“she being brand” by e.e cummings is a poem about a man describing his experience driving his new car for the first time, which he metaphorically compares it to his sexual experience with a woman and being new could mean she’s a virgin.  By “having throughly oiled the universal/ joint tested my gas felt of her/ radiator made sure her springs were O./ K.)i went right to it flooded-the-carburetor cranked her,” the man make sure that he’ll be gentle with her as he doesn’t want to damage her on his first attempt. The tone of the poem seems that the speaker is excited about the ride as it says that “it was the first ride and believe I we was/ happy to see how nice and acted right up to/ the last minute coming back down.”

“Coming Home, Detroit, 1968” by Phillip Levine is a poem that has a dark tone that talks about a man driving home to Detroit, he witness the industrial negativity that has hit his hometown. Because “we burn this city every day,” we have damage the environment as “the charred faces, the eyes/ boarded up, the rubble of innards, the cry/ of wet smoke hanging in your throat,/ the twisted river stopped at the colour of iron.”

The Dutch painting of 17th and 18th Century is a type of still life painting that consists of inanimate objects which conveys a meaningful message.  This type of painting creates a metaphor for mortality as the artist uses collection of symbolic objects to convey a biblical or christian message that can translate to death, wealth, and life.  For example, in Rachel Ruysch Painting Fruit and Insects, she did not just captured a natural scene but also studied them in great detail, both the fruits and insects which she combined together to form  a beautiful composition. In her painting, she symbolizes the wheat and the grapes to eucharist. And relates to her father’s work by placing lived insects and animals in her composition.

Hector Rene Membreno-Canales uses the Dutch still life painting technique because he wanted this type of style to convey his experience in the military. I think his work is effective since by placing military objects, food, and a veteran in his photo, he creates a personal feeling, and indicates that war is about survival and hardship. Since he symbolizes the food as his hardship, both the weapons, and the veteran can signify that will fight through his harship in order to live.

Michael Pollan owned the licensed to grow his own potatoes that he can sell and eat. This mean that he can grow them under his control room, a so call operating software that involves in genetic engineer of altering potato plant’s gene in order to save him tons of expenses. Since most modern industrial farmer cannot grow a lot of crop without the mass quantity of fertilizer, and pesticide, since it was very expensive to afford.  Pollan’s potatoes being altered, they were able to outlive without those expensive toxic chemicals since no insects and diseases has come in contact with them.

I would shot the different types of potatoes, lining them from the smallest to the largest.

The central metaphor of Pantone was to create a world, a world that is painted not with paint but with lights. By playing with the uses of lighting technology and adding shapes to the room, they made their saturated lights to stand out more, since they wanted a world that is exciting and not flat. I believe this campaign ad is successful because of the different colors that is used to make them feel thrill and see this to be an interesting idea.

Szarkorwski states that mirrors and windows are metaphorically represented as in things we see in and how feel about it. For example, a photograph can be seen as a window as it acts like a portal to the exterior world which is the reality and that you get to explore what’s it out there. While mirrors, a type of romantic expression that shows one’s reflective emotions; an implanted emotion that the photographer created to let viewers see what he wanted them to see and feel.

Crewdson’s photograph is shown as a mirror, the type of emotion is being manipulated; setting, and actors are chosen and placed in way to create the type of atmosphere and one’s desire emotion. Like the daughter who is emotionally ashamed because she’s shown standing outside at night, alone, wearing almost nothing but her underclothes, and her mom is shocked by her as one her shopping bags is on the ground. The photo is in color, has a high contrast, and sharp overall to emphasize one’s moment or a scene.

Winogrand’s photograph is shown as a window, a realistic place that is not in any way fabricated. The photo does not have a lot of shadows since it has low contrast and diffused lighting. Also, it’s shown like a recorded documentary of a real event that is happening in the world. Unlike Crewdson’s photo, Winogrand tells the story of a real life family who isolated themselves away from the community to be in a sub-urban place.