Final Grades are Posted on Blackboard 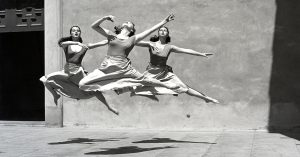 Final Grades are posted on Blackboard and should appear on CUNYFirst soon. Congratulations on finishing the semester at City Tech, and sharing your thoughts and photographs.  Please continue to look and enjoy the summer break!

Walker Evans took these photographs in the subway. He used a hidden camera in his coat so the people in the photographs did not know their picture was taken. Walker Evans photographed New Yorkers commuting to work by subway. On his photos we can see that some of the people are worried, some are bored, some are engaged in regular conversation. In our days, if Walker Evans will take photos of the commuters they will look different. No one wears hats, or read a newspaper in the subway. We are all looking at our electronic devices and listening to music. Everyone has a pair of ear buds, and we look lost in our thoughts. No more communication in the subway, people do not look each other in the eyes.

I believe  that the photography is not staged and that Robert Capa did took the photograph right in the moment the soldier was dying. What is the controversy about the picture is that we do not know for sure when the history behind the photography. Capa for sure captured a dying soldier, but was this soldier shut during the war action, or just maneuvers? As I read the article I understand that there are enough documents and witnesses that the shut was taken during a war action. Capa is the best war photographer and he will not ruin his reputation taking a staged image. Capa followed the troops in Normandia and this says a lot about his courage in the bottle. He would never be afraid to be in the middle of the action. For some people it was hard to believe that Capa capture exactly the moment of the soldier death. This is the first time in the history of photography when we can see a dying person right in the death moment. I believe from the picture we can figure out how the soldier will fall. It seems like the soldier last the balance and we can see how he is going to hit the ground. I firmly believe the image is not staged.

Although Richard argues that Capa’s photograph’s were staged, I honestly highly believe otherwise. Capa was known for his famous photographs including that of the Death of a loyalist solider in which was taken in 1936. I personally feel like Richard was also wrong in that Capa has taken a signature pose from O.D Gallagher, a South African journalist. Even after reading this I honestly don’t believe that Capa’s photographs were staged but rather taken at the precise moment like lets just take Henri-Cartier Bresson’s photograph as an example. His famous photograph from Behind the Gare St. Lazare in which was taken at the precise moment., things just happen conveniently, doesn’t mean it’s staged.

The war begins 1963 called spanish Republican. According to the reading one of the journalist claimed “that franco’s troops not Republican ones had staged the monevers.” In the picture he received confirmation that landscape seen in the picture and learn that no military conflicts had taken place in the area during the days when capa took the photograph. “The Falling Soldier was published in the July 12, 1937, issue of Life magazine, the caption stated, “Robert Capa’s camera catches a Spanish soldier the instant he is dropped by a bullet through the head in front of Córdoba.” I also though the picture was staged because you can see the person still holding the gun at the moments of his death. Also the back angle and the shadow of the picture. In my opinion if the person get shot in his front side of the body he could he falling in front not back of the shadow. In the reading I also find that Capa when he was taken the photograph he was standing front of the angle. Richard also says “Federico could have posed for the photograph before he was killed,” where it was reproduced with another, similar picture on the same page.

In 1936, there was an enormous controversy. This controversy was surrounded by Robert Capa’s, Death of a Loyalist Soldier which many labeled the greatest war photograph of all time. The photograph showed a soldier being shot and Capa capturing this moment. The controversy was either this photograph was staged or not.  I believe that this photograph was staged. After observing both pictures, there are huge differences. In Capa’s photograph, it doesn’t seem authentic. Not only did they fall in the same spot but their postures (leaning) is very different. I’m very conflicted in picking either it is staged or authentic. For one reason, it can all be a coincidence. And photographers just as Robert Capa risked their life to take these photographs. Another reason is the facial reaction and his leg beginning to bend as he is getting shot. The man, Federico Borrell Garcia, was dead at the battle where Robert Capa was present. Lastly, I think that the arguments about whether this photograph is staged or authentic is irrelevant to the message that war photographs represent. These photographs are used to show the ghastly and gruesome images of what the soldiers went through during the war. These photographs will then have an emotional impact on those who view them.

For me, whether the photo is real or staged it doesn’t really matter. Robert was saying that this photo was not staged. But to think that this photo might be real gives me some concern about how this photo was captured at the right exact moment. Did Capa knew that was going to happen and he pulled out his camera while he could have warned the soldier or was it just a pure coincidence? From what I see it makes me hard to believe that this is not staged because of how it was so empty it is in the background when they are in a battlefield. Also, why is Capa standing in front of the soldier based from the angle of the picture. Wouldn’t one usually stand behind the soldier to be safe and also to not get in the way? And as I mentioned before, What make him want to take picture of the soldier while they are in the middle of a gunfight. Wouldn’t that be a huge distraction for the soldier? In a way I find this photo disturbing if it was real by how it might be taken. However the meaning behind this photo won’t change whether its real or staged.

So was Capa’s photograph of the Falling Soldier staged? Maybe, but I don’t think so.
Even his biographer, Whelan, believed that the photograph captured was actually the moment of the soldier’s death. I followed through and agree with his arguments. Like Whelan explained, the soldiers were probably pretending to fire, but were killed in the process. And Capa captured the moment right when they got shot. I mean, if the photograph was staged, how did the soldiers know how to pose realistically to show that they were dying? (Like their muscles and hand positions.) And who would risk their life for this photograph?
But it really doesn’t matter if Capa’s photograph was staged or not. If the soldier was posing, then so be it. I believe the photograph had other objectives than to show “the moment of a Loyalist soldier’s death.” I feel like one of the main goals of capturing this photograph was to show that because of wars, many innocent lives are taken away. And that has to stop.

Robert Capa’s photography, death of loyalist solider is known to be his best war photography. In the reading by Whelan, confirms that the photo was taken in the battle at Cerro Muriano. The reading also tells us that capa was present at that battle. And the main person who was in the photography indeed dead in the capa’s photography, made a controversy behind the legitimacy of the photograph. I think the photograph was staged because, in the picture you can’t see anyone else in the background. And in early stage of photography we all know that it takes time to take a photograph and being in the battel field in D-day I don’t think it was a legitimate photograph. Also putting yourself in battle field on D-day looked more than dangerous of your life because, how the bullets were flying in the battle field. It doesn’t make much sense to go through all that risk to take a photograph. However, it was confirmed that the guy on the picture did die at the battle. Philip Knightley in 1998 argued that it was possible that the photography was staged then the solider died anyway.