It seems fitting to discuss endings as our class draws to a close. For this last homework assignment, please consider the importance of endings to films and discuss one of your favorite endings. Note how the ending to Truffaut’s The 400 Blows ended with the freeze frame of Antoine facing the camera, an ending that is intentionally ambiguous, forcing the viewer to continue the story. The ending to Truffaut’s film is so iconic that it is frequently quoted or parodied. See this short clip that shows how Truffaut’s ending was used for the final shot of Nelson’s film in a Simpsons episode. To complete this homework assignment, please submit your favorite endings in a comment.

Homework #5 is DUE by Thursday May 19th by Midnight.  Everyone should submit a POST on their favorite ending.

Below is a list of the presentation order. You get a chance to introduce your classmates to your director in a 5-minute presentation.  Don’t forget to submit your paper on Blackboard by Tuesday 5/10 night at midnight.

In Alfred Hitchcock’s The Birds (1963), a beautiful socialite Melanie Daniels (played by Tippi Hedren in her first film role) takes a trip from San Francisco to Bodega Bay in pursuit of Mitch Brenner (Rod Taylor). Although Hitchcock preferred to film on a studio set, there are numerous location shots that highlight his love for San Francisco and the surrounding area. As a hobby, the California architect Hervé Attia produced a film short that revisits many of Hitchcock’s locations for The Birds. Watch Attia’s short film and a clip of the gas station scene. What do you think of “fan” movies like Attia’s that deconstruct films and revisit locations?

Jean-Luc Godard’s extensive use of jump cuts in Breathless (À bout de souffle) 1960 was highly influential on the “look” of many later films. In a jump cut, two shots of the same subject differ in angle or composition, the disjuncture creates a visual “jump” on the screen. The jump cut is an example of discontinuous editing, however, the uneven transition of one shot to another is often described as an amateurish technique. Yet, Godard masterfully uses the jump cut to highlight the urban rhythm of Paris and the whirlwind pace of modern romance. Watch this clip, in which Michel (Jean Paul Belmondo) gives Patricia (Jean Seberg) a ride across town to her appointment. Note the number of jump cuts in the car sequence, in particular, the change in backdrop that frames Patricia’s head.

For this homework, please search for the use of jump cuts in a later film. You can watch clips of a movie you like to see whether  jump cuts are used, or simply “google” jump cuts. Post a link to the film you’ve found and describe the impact of the jump cuts in that film clip.

To complete this homework assignment, you must Post the use of a jump cut in a film and Comment on one  of your classmates’ posts.

Due Tuesday May 3rd (the first day back after Spring Break!)

Please remember to arrive on time for our midterm on Thursday 3/24 at 11:30 am. The take-home portion of the midterm was handed out in class, but if you lose it, you can find the essay questions and related information under the “Midterm Exam Info” under “Documents” above. This page has links to suggested readings for the take-home essays as well as thumbnails for films we’ve watched. For the short answer part of the answer, I will pull thumbnails from the Midterm Exam Info page. Please be sure to review the weekly handouts prior to the exam. Also, if you want to refresh your memory of the different films, you’re welcome to use the clip links located under “Screenings.” Here is a link to clips from a Simpsons  episode with parodic references to Orson Welles’ Citizen Kane (1941).

Lastly, the next paper assignment (a film review) has been uploaded under Documents/Papers above. I will hand out a paper copy of this assignment in class.

A reminder that HW #2 on Opening Scenes is due tonight 3/3 at MIDNIGHT.

Also Paper #1 Narrative Analysis is due on 3/8 by MIDNIGHT. To submit Paper #1, please submit it your paper via Blackboard.

Bordwell and Thompson begin chapter 2 in Film Art with a discussion of the importance of opening scenes in movies by contrasting the differences between two Steven Spielberg movies, Jurassic Park (1993) and Close Encounters of the Third Kind (1977). Bordwell and Thompson describe the start of Jurassic Park as a “hard” opening filled with action that helps build suspense toward an encounter with a T-rex. The beginning of The Matrix is similar to the what Bordwell and Thompson describe as a ‘hard’ opening. According to movie legend the opening sequence of The Matrix was filmed first and cost $10M. Studio executives were so impressed with the opening that they funded the entire project, which in the end cost over $60M.

Share with the class a favorite opening scene by including a link in your post (video.google.com and youtube are good sources for video clips) and discuss why you find the opening so compelling. If you can’t find a clip and want to discuss a film anyway, include a link or an image to the movie.

To students submitting a Post, please check off the category Student Post and please tag your posts (i.e., add the name of the movie as your tag)! In order to post, you have to be a member of the class, simply click “Join” on the Class Profile to become a member. If you’re unsure how to submit a post, follow the instructions under Blogging Guidelines and/or contact me!

Homework #2 is DUE MIDNIGHT on THURSDAY March 3rd.

As a follow-up to our first week, please tell your classmates a little about yourself and your interest in cinema. Have you ever taken a class about film history? What type of movies do you like? And how do you like to screen movies? From home? in movie theaters? on a large screen or on computer screens? Share your thoughts with your classmates by replying to this post. Click on “Leave A Comment” for this post and then submit your response. In addition, please register for an OpenLab account by next week. Please complete your Introductions BEFORE class on Tuesday February 23rd.

Who is Inigo Montoya? Found out here! 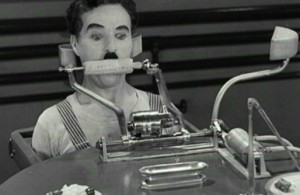 Hello ARTH 1112 Students! This spring we will be looking at a broad range of films and we start from the very beginning with photography and the era of silent pictures. Below is link to important silent films for cinema history. We will study many of these films in class. Take a peek at the list and explore our class website as I continue to build it over the week. This OpenLab site is our primary class website. We will use Blackboard to access grades and to submit papers via SafeAssign. More details about our OpenLab and Blackboard usage will be provided in class.