Imagine walking into a time vault. And inside this vault is a collection of sacred texts. Now, these texts have come from all over the world. So it is crucial that these texts are kept in a safe space. This archive/vault is not your regular library. No, it is a safe haven for this collection of texts. By visiting the City Tech Science Fiction archive, I can say that it was a fascinating experience. Being surrounded by books, novels, magazines and etc. was such a wondrous feeling. By stepping into the archive I felt like I was stepping into a piece of history. There were magazines from like the 1930s. That was eighty-eight years ago! Looking at an archive online is totally different from standing inside one. I felt like I was in a forbidden library. Since the collection is so large, I wonder how long it took for the anonymous donor to collect all these types of texts. I wonder what this person had to go through just to collect. DId they have to go to an auction and bid on a certain series? Were they given to as a present from someone? But I must say that it is truly impressive that this person had a collection so massive. If the location was larger it could be a great spot for science fiction individuals to have a taste of the history of science fiction. 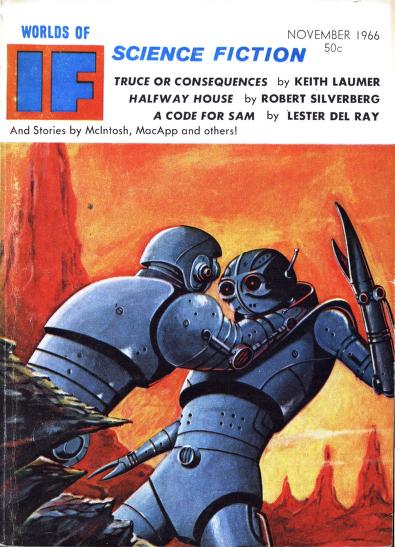 The magazine that I chose at the Science FIction archive was from the If series. It was issue 108 from Vol. 16, No. 11. It dates back to November 1966. The magazine was published by the Galaxy Publishing Corporation, owned by Robert M. Guinn. Frederik Pohl, who was responsible for the final content of each If magazine, was the main editor from January 1962 to May 1969. I chose this magazine because it caught my attention quickly. The cover displays two mechanisms or robots of some kind in hand to hand combat. As I saw this cover, so many ideas ran through my mind. By doing some research, I found that the artwork was from a short fiction titled “A Code For Sam” written by Lester del Rey. The short fiction could be found inside this issue of If. The artwork itself was produced by an artist named Dan Adkins. 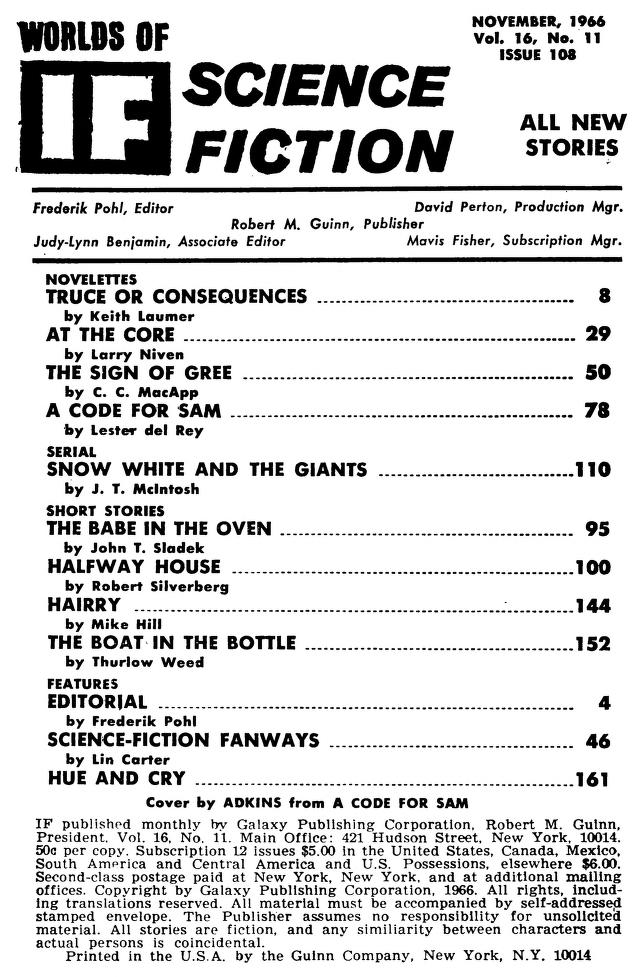 Inside this magazine, you can find four novelettes. A novelette is a short novel, typically one that is light and romantic or sentimental in character. There is also one serial. A serial is a work of fiction that is published in smaller, sequential installments. For example, the Harry Potter series is a serial of fantasy novels. Each book continues the story from the beginning to the end. The magazine also includes four short stories. A short story is a story with a fully developed theme but significantly shorter than a novel. The magazine also includes an editorial by Frederik Pohl and two features from the fans of science fiction. 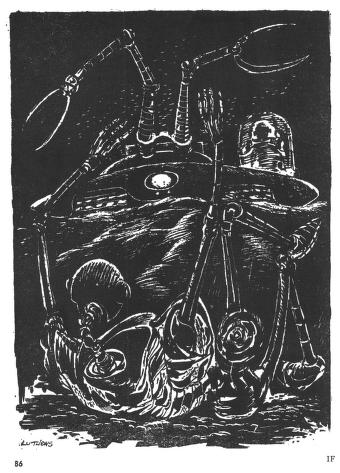 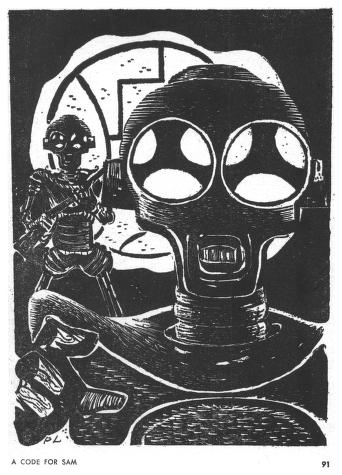 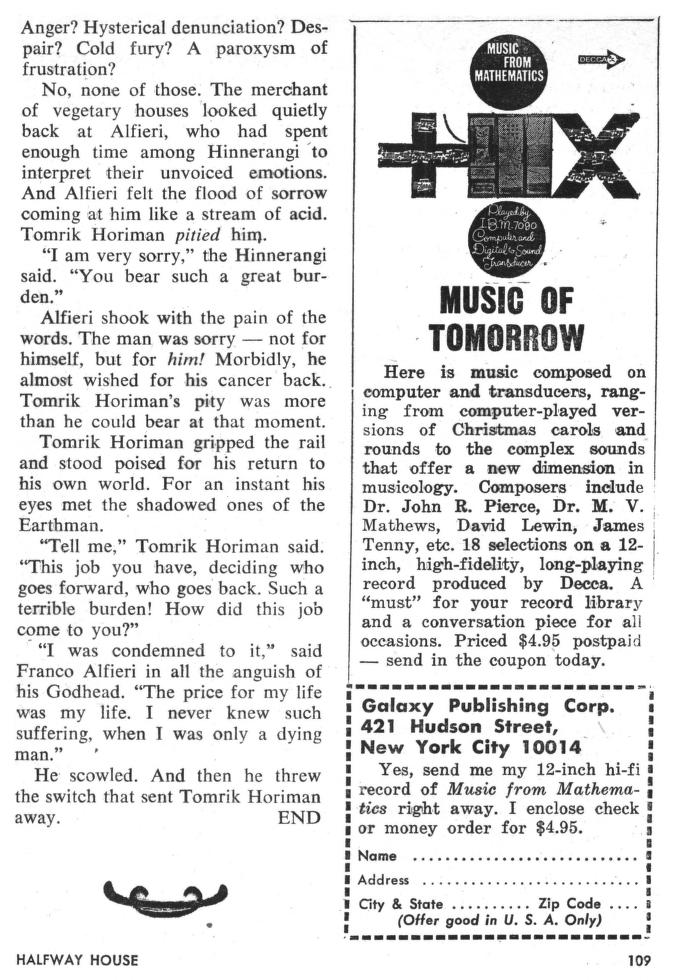 A few things had caught my attention while flipping through the If magazine. The novelette, “A Code For Sam”, by Lester del Rey was an interesting read. It mentioned a code of ethics for robots and how robots must follow a set of laws to live together amongst humans. While reading I felt the pages, and they were rougher than the pages we use today. The smell of the magazine reminded me of Kellog’s Frosted Flakes. The artwork from “A Code For Sam” was truly amazing. The artist for the two pieces above did an awesome job at capturing the different shades and using the various strokes to capture a reflection. The advertisement above was straight-forward. It reminded me of my days of reading comic books and coming across advertisement just like this.

“If” magazine was a United States Digest magazine. It has 175 issues starting from March 1952 to December 1974. It has been in circulation for 22 years until its last publication. It was founded by James L. Quinn. The “If” series had a total of eight editors throughout its run as a magazine.

From my experience at the Science FIction archive, I can ultimately say that even though it was a short visit it got me wondering about other archives and what they hold. I hope to visit the Science Fiction archive sooner and I hope I to get my hands on some interesting space novelettes.