It seems as though we have finally caught up to the answers of all our urging questions regarding the whereabouts of certain characters in Station Eleven. Characters like Clark, Elizabeth, “The Prophet” and even Arthur in the final moments before his demise are shown through a more recent lens in parts 7-9 as we are front row, witnessing the spread of the outbreak from an ordinary airport that would soon serve as a significant symbol of the recommencement of humanity.

During this particular section of Emily St. John Mandel’s amazing novel, I found myself unable to take breaks as I subconsciously knew that this would be the end of this apocalyptic novel i’ve  been so invested in. We spend much of part 7 in Severn City airport as the last planes to ever fly  land on the tarmac, and as chaos slowly grows more profound around Clark and Elizabeth. Clark is witness to the final hours of normal civilization and all of life’s smallest privileges seem to flood his thinking; “The last time I ate an orange…The last time I boarded a plane that hadn’t been repurposed as living quarters, an airplane that actually took off”, (Mandel 231). As with nearly everything, we always tend to yearn for things most when they are absent or no longer available to us. Even the smallest things like his call to Miranda on her last day of life had now haunted him; that something that was once as simple as pressing a pixelated button on a fragile, glass screen was now seemingly gone forever. Humans have grown so accustomed to speaking with someone miles away through our miniature, electric square devices and the Georgia Flu resulted in a regress to a time none of them had ever known: a pre-technological age. “The increasing brilliance meant the grid was failing, darkness pooling over the Earth. I was here for the end of electricity”, Clark realizes on Mandel 251. “Time had been reset by catastrophe”, and Clark and Elizabeth were among the few hundred survivors left in their new home that was Concourse B in the Departures terminal of this airport.

And now that we’ve all finished this wonderful piece, I can finally exclaim: THE PROPHET IS ARTHUR’S SON, TYLER! I was in such disbelief, and still am when I followed the path of this young, odd boy that hadn’t had much of a presence in the novel until he is seen shouting bible verses at the quarantined airplane that landed sealed at the farthest end of the tarmac. The hunger for electric connection and phone service is still evident when people become aware that they are surviving the end of civilization with Arthur Leander’s very own son, but have no way of providing evidence. “I wish I could tweet this.. you know like, ‘Not much, just chilling with Arthur Leander’s kid at the end of the world”, (Mandel 242). Tweet to who, your presumably dead social media followers? In a time where everyone these people have ever known and loved were most likely already consumed by the Georgia Flu, these people wanted to tweet! This in my opinion was Mandel’s way of mocking the way our generation attends to crisis and turmoil; just share it with all your friends! These people’s dire need for their phones to work wasn’t for the possibility of contacting family, but for the access to the world wide web they once held at their fingertips.

The Museum of Civilization is first brought to our awareness when a young runaway named Eleanor from the eerie cult town of St. Deborah by the water is desperately running toward it, seeking refuge within the Symphony. We also conclude that Clark catalyzed this museum with its first pieces being such simple items as an iPhone, a laptop and a few identification cards behind a glass in the Skymiles Lounge. These items were small footprints; pieces and remnants of a life that no longer existed, a life that once held these items to high value. Things that once held mass importance to our daily routines and were now utterly useless were now artifacts and reminders of a more complex time before the restart of humanity. This museum was Clark’s definition of “…because survival is insufficient”, as the preservation of the arts and music was Kirsten’s and the many others in the Symphony. Surviving in these times meant nothing if there was no attempt at progression; spreading knowledge and light through music, poetry, performance. The Prophet and his cult followers strongly believed that they were the light in these dark times but truly were the opposite, leading civilization on a destructive path designed by contagious insanity. The Symphony, Clark, and even Jeevan were the light; preserving the pieces of the past left available to them and reigniting the flame of humanity by defending what once was, as they paved their paths into a future redefined. 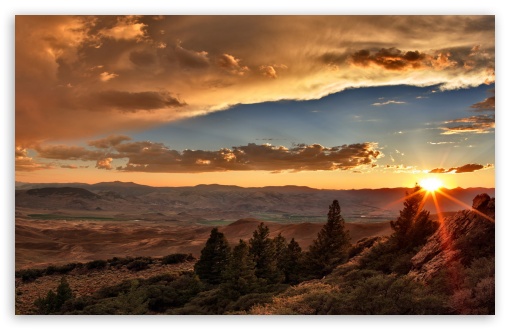 One thought on “A Future Redefined: The Beginning After The End”