I thought it only fitting to start with this video and I would like to say how sorry I am to those who suffered a personal loss on 9/11.  My heart goes out to those who are still struggling with the pain even after all this time.  But the fact is that we all suffered a loss.  As a nation on a whole, we were robbed of our security and our right to live our lives. There is no way to completely sum up the affects that 9/11 had on our nation but to say that it has truly reshaped our lives would not be an understatement.  That’s why we will never forget.  But, if we are to remember it, then the September 11 Digital Archive is honoring this tragedy in the best possible way.  As an archive that collects, preserves, and presents the history of the September 11 attacks, it has become one of the largest digital repositories of historical materials. 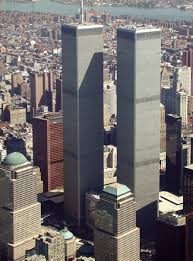 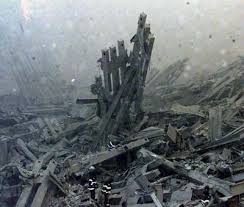 But the unique thing about the September 11 Digital Archive is its ability to conflate such a devastating strategy into the framework of digital media.  With digital items, emails, and first-hand stories, the archive is an amazing resource of media.  From an array of pictures that features first-had responders, to voices of 9/11: a collection of personal video testimonies featuring participants talking about their memory of 9/11 in their own words and language, it captures the very essence of the destruction and tragedy.  Making the content of the website user generated, provides a means to connect with others.  In a world of participatory culture, its success is that viewers can become partakers in the collaboration of its content.

“Where were you on September 11, 2001 when you heard the news? This is the question presented on the Anniversary Collection digital archive.  Well, if you were alive and old enough, chances are you know exactly where you were.  Reading some of the personal accounts in the archive really touched me as I too remember that day so well.  My son was just six months old and that morning, the first thing I did was turn on the tv and played a video for him to watch (Barney-the purple dinosaur).  I had no idea what was happening until a friend called and told me to switched to the news.  That was the day that I realized just how important it was to know what was happening in the world. Before then, I didn’t care much if it didn’t affect me.  I have always felt bad that I missed the actual moment of impact (at least with the second tower).  From then I vowed the news will always be the first thing I watch every morning.

But news media back in 2001 was very different from the news today.  It use to be that the only interaction we had as viewers was to watch the television.  Unless you were around and called over for an interview, there was no real interaction.  The news was broadcasted and we received it.  But a change in platforms resulted in a shift in power.  Digital and social media platforms have dramatically changed the way we interact.  Now, we live in a world where everything is instant.  Sharing and collaboration has made the news more accurate and factual and mainstream media coverage has given relevance to what we have to say.  So we, as the former audience, have now become the anchors and editors. Instead of being controlled by the media, we now have control of the media.

This new phenomenon has ushered in a society where we subscribe to constantly updated content and function as part of a larger collaborative social movement.  For 9/11, that means visitors own stories become part the exibitions and builds a framework for ongoing communication.  So whether it’s experiences like the one World Trade Center where visitors to the observatory experience the digital screen in the elevator or the National September 11 Memorial & Museum where guests are invited to handwrite notes in a digital guest book that projects their messages onto a large projection screen,

what’s clear is that technology is being used to memorialize those lost in 9/11 and their memory will live on through generations.