As a non-Twitter Tweeter, I must say that the new feature is quite refreshing. The usual chaos of Twitter has always been a turn off for me. According to, Twitter’s Moments Will To Tame the Chaos, by Farhad Manjoo,

“The feature, called Moments, tries to transform Twitter’s chaotic timeline into a series of narratives that are easily navigated by people who aren’t familiar with the service’s strange rituals.”

Now with this new addition it is easy to filter through the piles of trending content;  at a first glance shines lights on the changes in the filtering process of hashtags and the actual nature of a hashtag, the archiviblity of twitter, the curating of these said moments, and the actual meaning of a moment. However, it does raise the question of how all this content is being complied:

How do you feel about this new moment in Twitter’s history? Where do you think it goes from here? How long do think it will last? Will Twitter’s Moments only last a moment?

The day, September 11th 2001 has a different meaning for all of us. Some of us were in  our first day of a new school year, some of us were in different parts of the country maybe even different parts of the world, but one thing is for sure we all  felt a wave of change. The day for me is not quite the same as it is for a lot of people but it is still imprinted in my mind. I was living in the Caribbean island of Barbados at the time with my aunt. I had started a new school year and like every day after school I was in a hurry to return home to watch my afternoon cartoons. The day was hotter than usual. I remember the hot island air, the must, the salted winds, and the sweat dripping down my face as I raced home. When I opened the door to my aunts house, I was greeted to the smell of food being made and the sound of Soca music. I shut the radio off, dropped my bag, took my shoes off and quickly proceeded to turn on the TV as to not miss anymore of my cartoon programs. To my surprise I was not watching Sitting Ducks but a news program. Now for me this was a weird phenomenon since we had one television channel and that channel stuck to a very consistent schedule. I remember my confusion about what I was witnessing due to the fact that after telling my aunt she told me it was a movie. It seemed as if it was one. The plane hit fast and hard, and the loop of incident was

terrifying. But I was sure it was real, I knew it was, and when my aunt had confirmation from family in New Jersey that it was in fact real I felt an echo of change. For days the local channel only broadcast  the latest news and updates. I was too young to know its importance and why this was such a big deal but I felt saddened by the images that were flooded on my television. The stories of loss were horrific and those who were lucky enough to find their loved ones gave everyone watching hope. September 11th, 2001 was the day we all changed, our lives changed, New York changed, the way the world saw a group of people changed, and the way we captured this event changed the way we would go onto change how we digitally collect and preserve tragedies.

It will be 14 years tomorrow since those planes hit the towers and sent a ripple of change into the world. One of the biggest changes yet insignificant compared to the tragedy itself was the effect this incident had on the way we capture and digitally archive memories and even tragedy. “The September 11 Digital Archive”, saves as states on the header ‘the histories of September 11,2001’. Browsing 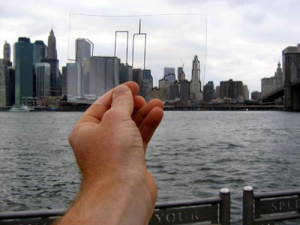 through the numerous photos, emails, art, audio, and video both personal and public seems in a way harmful. The constant reminder of such a painful event in my eyes does not help to heal those who were injured, those who mourn those they lost, or those whose interpretation of a certain group of people. When I look at this archive subjectively I can only feel the pain it resurfaces. Yes this was a monumental shift in the world and it changed many views but I think time changed and now instead of being reminded of that pain we should be looking not at what happened on that day but how far we have come since. Do not misconstrue my words, I am not saying we should forget what has happened but we should move forward more.

The fact of the matter is, that although I feel how I feel about this archive the aggregation of these stories, and data is not only necessary but important. The combination of these medias not only help as a reminder but as a learning guide. Those who were not alive during the time can see how the true strength of not only New Yorkers but of those effected around the world. By these stories, pictures, and art coming together we see how through the digitization of media are we able to connect and heal one another. Through this archive we are able to learn, teach, and have a representation of a tragic situation that not only helps historians account for this event but also accounts for the moment when history changed how it would be recorded in the twenty-first century. This archive represents the new era in preserving, collecting and writing about history. Artifacts have been redefined as per technology and in this case every picture made, every video recorded, each e-mail that was sent during those final moments are now preserved for years to come. As to return to the idea that this archive has redefined the idea of an artifact so has it with the idea or concept of a report. This archive is has hyperactivity, hyperlinked, and constantly evolving 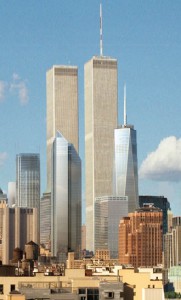 . The constant growth is what differentiates it from a static report. The input is not just of academic research but also from everyday people who have suffered or witnessed the events that took place on September 11th, 2001.

Fourteen years and the day has managed not only to change the way we see the world but how we go about preserving the memories of it. September 11th, 2001 was a tragic day not only for those who lost someone but for those who have had to live through the events it triggered. We all carry a piece of that day with us. We all contribute to its memory and how we move forward each day since. We have rebuild and moved forward and in a sense since that day we have been pushed into capturing events and making sure they can be accounted for because on that day we were reminded how fragile life is. The affordances of this archive outweigh the constraints of it and even though I started to write this response with the bias that I believe we should put it all past us from the archive was I able to see why we might never be able to. This new media source has changed how will interpret that day and how future generations will as well.