The narrator has a huge interest in Lolita. These introductory pages explain how pure-hearted Lolita is and how she always get the narrator to stay positive. The narrator calls her the “light of his life” (9) which signifies her pure-heartedness. This suggests that Lolita has a positive influence on the narrator’s life.

The narrator may have had a bad life before he met Lolita which is partially proven in the text. One of the narrator’s negative impacts on his life is the loss of his mother at the age of three (10); losing a mother at this age is very tragic. However, on the contrary, the narrator, reminiscing his childhood, was raised as a “happy, healthy child” (2), leading him to have a positive life. Part of his positive attitude involves getting good grades and becoming friendly in school.

The narrator losing his mother is probably the only bad part about the narrator’s life, the other being Annabel’s apparent death (5). Annabel is a girl who bears a resemblance to Lolita. The narrator seems to like Annabel the same way he likes Lolita. Because of Annabel’s death, the narrator feels that Lolita is comforting him over this tragedy. Could Lolita be a reincarnation of Annabel? Is there any part of Annabel or Lolita that the narrator really likes?

Overall, the narrator seems to be an extremely happy person especially with Lolita supporting him. The only thing that supposedly destroyed his happiness is that someone he loves dies (his mother and Annabel). This could turn out to be an interesting story based on how Lolita plays a role on the narrator’s life.

I have read only like the first six pages of “The Yellow Wallpaper”. (Oh boy, it’s long.) I find that the narrator has trouble taking care of herself. She is hoping to rely on her husband, John, to take care of her. Unfortunately, John is extremely busy that he is unable to do so.

“John does not know how much I really suffer. He knows there is no reason to suffer, and that satisfies him.” (pg 2)

This seems to the narrator that John doesn’t care about her well-being. However, I believe the opposite. One such encouragement, such as that she “musn’t lose her strength” (pg 4) and taking “lots of tonics” (pg 4), supports that John cares for her. A tonic is some kind of medicine, and medicines generally make people feel better.

This wife-husband relationship is rather interesting because one side says the other doesn’t care about the former, and the latter says the opposite. The narrator also says that she loves John, and John wants to make her feel better. John’s intentions of caring for her contradicts her view of him, so I think this is one of the reasons why women feel very dependent on their loved ones.

This story is actually interesting… It talks about a woman named Mrs. Mallard who dies shortly after hearing about her husband’s supposed death. This has led her to become depressed, which is common behavior for women who lost their loved ones. Later in the story, Mrs. Mallard is said to have been “possessed” which led to her actual death. Perhaps, this is her mental instability that stems from her depression; she keeps muttering “free” suggesting her change in behavior. I might call her “crazy” considering that she “lost” her husband, became depressed, and suddenly repeat the word “free” as if she has no one to boss her around. This sudden change makes no sense to me because she lost someone that is supposed to be important to her, her husband.

This story has an interesting twist; Mrs. Mallard’s husband, Brentley, is revealed to be alive after the former died from the heart disease. When she died, Brentley just came home. This reminds me of the ending scene in Romeo and Juliet where Romeo drinks the poison and dies before Juliet wakes up. (Romeo thought Juliet was dead.) I gotta say, this story is rather depressing considering the turn in events in The Story of an Hour. 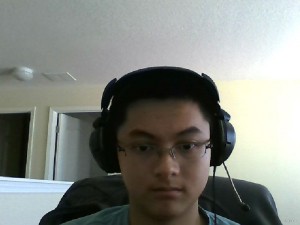 Hello, everyone. My name is Wayne He. This is my third year in City Tech, and I am currently majoring in Computer Science. I expect to graduate at the end of this semester.

I generally enjoy playing video games. This hobby has inspired me to pursue a career in video game development which first led me into computer programming at first because video games ARE programs. I started learning Java in high school and earned a 5 in my AP exam. Then in City Tech, I learned C++ in my last two semesters; I earned an A in both CST 2403 and CST 3503. I am currently learning C# in CST 3603 in this semester. C# syntax is similar to Java, which I am already familiar with.

During my summer break, I moved into my new home in Florida and set up some furniture (computer desk and beds) before relaxing there to enjoy my free time playing video games. I originally wanted to start looking for a job when I get there, but I got in a traffic accident a few days later. This forced me to deal with another driver’s insurance company because he caused the accident by hitting my recently bought car rear-ended. It took me one month to get my money back for another car. Because I waited that long, I figured it will not be worth working for two months, so I just relaxed in my new home.

I generally do not like reading, so I do not have a favorite book in particular. However, most video games have fictional stories associated with them (notably, The Legend of Zelda series and the Mario series), so the only fictional stories I enjoy come from video games. One video game I enjoy is “The Legend of Zelda: Ocarina of Time”. Its story tells of a young boy named Link who embarks on a journey to awaken as the legendary hero known as the Hero of Time. Using a sacred blade called the Master Sword to travel between 7 years of present and future, he awakens five Sages to help him defeat the game’s antagonist, Ganondorf. The story is interesting because the Sages who helped Link defeat Ganondorf are the very same friends he met during his childhood. (He becomes the Hero of Time as an adult.) This means that friends can play an important role in one’s life (in this case, an adventure). Fiction overall does not have to be represented as a book, although the purpose of this course is to read from books; I enjoyed some stories solely from video games.

I do not enjoy reading from books because most of the details a book provides are just senseless (like watching the many filler episodes of Dragonball Z), even to the point of confusion. I usually stop reading because of this. I usually do not write as much as I want to because I frequently run out of ideas. In this course, I hope to learn how fictional stories are born.