In the most recent census made by Somerville, Massachusetts a new question was asked to its residents “In a scale of 10 how happy do you feel right now?” One of the reasons of why this state is doing this is because they want to get out of the traditional concepts (they want to know about people’s well-being instead of just their material and economic issues). even though many politicians were debating about how to promote their polices by asking about the people’s feelings it didn’t created a big difference to the people because they were answering to the question without any fear and been honest like this man who answered that he could give himself a 6 explaining, “I would like to be three inches taller and speak Quechua fluently.”

As the New York times said, this new question that the census has created for the state  is giving more positive opinions to the people because they could have the opportunity to feel protected in some way but also they would know that the government is worried about them and worried about creating a better place for them to live, somewhere where they could feel secure and comfortable. in my personal opinion I think that creating this question that goes directly to the citizens feelings is a good idea because at some point i think that happiness also depends on the place and area where you are and the people surrounded by them. For example, if you live in an area where there’s a lot of crime and danger I am sure you will feel worried or disappointed instead of happy, so that’s why the politicians wants to know how you are feeling so that the could do everything in order to make you feel comfortable and happy.

Recently in Somerville Massachusstes a new question was added to the census with the goal to know how happy people are, the question was, “on a scale of 1 to 10, how happy do you feel right now? According to the article, more than 7500 people have mailed the survey, which shows that people are taking seriously about this new question. This new idea that Sommerville officials have with this question might serve as a perfect test tube for such an experiment because as the time is passing this town have gentrified and renewed in every possible way. Since this question was created Sr. Daniel Gilbert, a Harvard psychology professor have been donating his time by making phone calls to residents and asking them this type of question in order to help the government to using a randomized sample of Sommerville’s 76000 residents. Officials in the area hope to see their residents answering the questions because by that they could try to find a solution to make the place a better place to live and make the residents feel comfortable.

The reason of why I decided to  revise my summary is because when when I wrote it the fist time I gave my personal opinion and what I think of creating this question for the residents. Also I revised it because on Tuesday I learned different techniques to make it look better for example not making it too long or too short depending on the article, I changed the information on it because I realized I had a lot of not important information and the information that needed to be there wasn’t on my summary.

Happiness could mean a lot of different things to many different persons. For some of them happiness could mean having money, having a lot of opportunities on their life or simply doing the things that they like to do.   My view of happiness is very simple.. It makes me happy doing the things that I like for example listening to music, learning new things or even reading a book that could catch my whole attention and eating the food that I like. For me happiness could also be having a family who is always together not matter the situation, having a best friend who is always to support me on every possible way and lastly having the love of someone who could be there for you even in your worst times. I think that happiness is something that everyone should have but even though we have it sometimes we don’t know it because it is so hard to identify what makes us completely happy and satisfied. Happiness for me has a name “Justin”he is my little brother who is 6 years old, I can say that he is my happiness because even though he is a strange little person who sometimes is acting bipolar he is the one who always makes me smile (even when I feel sad or dissapointed.) 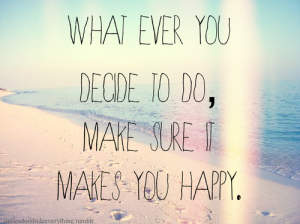 My name is Katherine, I’m 18 years old from Guatemala and a freshman. In June 2013 I graduated from Manhattan Bridges high school (which is a bilingual high school). I came to the United States 7 years ago, to be honest I didn’t wanted to come to this country but I had to because my father died when I was 1 year old and my mom had to come here trying to find a better future for my sister and me. As some of you may know English is my second language and I really passed through a lot of things in order to learn it because I was thinking that English was just not for me.. One of the many hobbies that I have is listening to music, I don;t have a favorite artist or song but I always like to try new rhythms and new types of music, also I really enjoy been on Facebook, twitter etc all the time so if some day you don’t see me online it means you should worry about me LOL :D. I have many goals in my life but one of the biggest one that I have is becoming a child abuse social worker and having the right knowledge and skills that I need to help all those kids who need someone to help them.

I look forward to know all of you during this semester 🙂