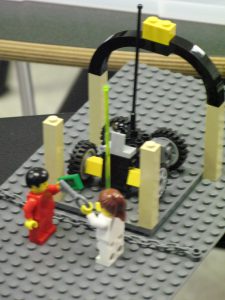 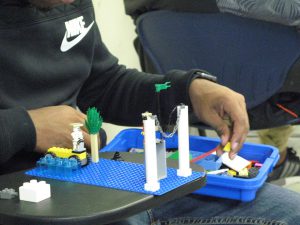 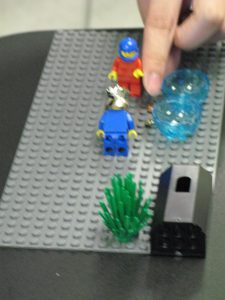 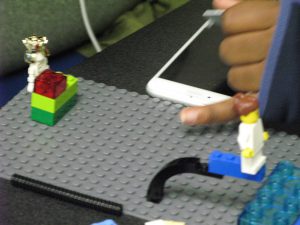 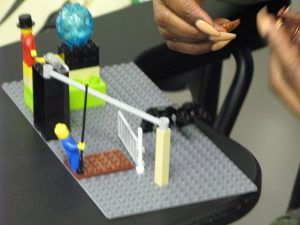 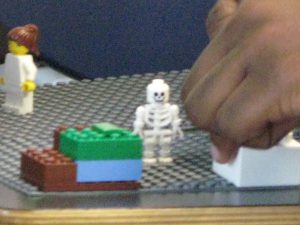 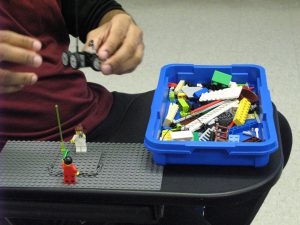 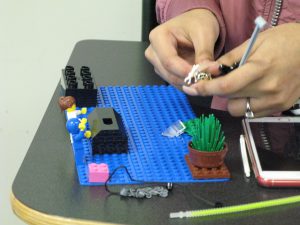 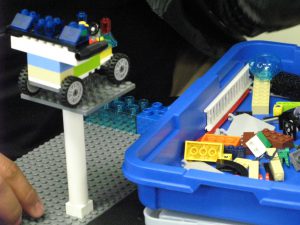 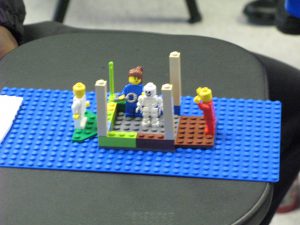 Why does journalism continue to fail so completely in its coverage of the outrages of Trump and the new age of American politics? Why does its language continue to provide cover for radical change, making it seem as if it’s simply business as usual?

Why don’t reporters change the words they use when describing a changed situation?

NYU professor of journalism Jay Rosen compiled a Twitter thread into a Facebook post on the last day of April 2017. He titled it “The Everyday Language of News Distorts the Reality of Trump.” As I was reading it, I kept thinking about George Orwell’s 1946 essay “Politics and the English Language.”

Rosen writes, “Forced to choose between inventing a language for a presidency without precedent and distorting the picture by relying on normal terms, the newswriters have frequently chosen inaccuracy by means of a received language.” Orwell wrote, “Modern English, especially written English, is full of bad habits which spread by imitation and which can be avoided if one is willing to take the necessary trouble. If one gets rid of these habits one can think more clearly, and to think clearly is a necessary first step toward political regeneration.” These two thoughts are connected absolutely. The latter precludes the former, absolutely.

But the latter is rare—even though Orwell so long ago provided a plan for escaping the quicksand that the Age of Trump represents for political journalists. All they have to find is the will to follow it.

Saving themselves from the swamp of murky thinking that Trump thrives on only requires returning to language basics, something any journalist should be quite willing and able to do. It only requires paying close attention to Orwell’s six rules for “cutting out all stale or mixed images, all prefabricated phrases, needless repetitions, and humbug and vagueness generally.” These are basic rules of writing, though often forgotten:

Rosen’s complaints about political reporting would be addressed if every Washington correspondent kept these rules taped above their screens and referred to them each time they wrote a sentence. Using an empty phrase, PBS Newshour speaks of Trump’s “foreign policy accomplishments” when Trump doesn’t have a foreign policy—something the correspondent would have realized if she or he had examined the phrase before using it. As Rosen puts it, you can’t call it “policy” when “stuff happened, and he [Trump] reacted.” That might even be effective, but it is not “policy.”

In the new political world, “foreign policy,” as once conceived, has no meaning. It is used because the phrase has always been used. It is much like the “dead metaphors” Orwell complained of; it is trotted out in place of considered examination of actions and the choices of the language that best describe them.

Rosen claims, “the press is running into trouble with basic description because the thing being described violates baseline expectations.” When that is the case, it is necessary to go back and look at those expectations, and at the language that carries them. This has not been done by members of the Washington press corps, not during the Trump administration. The reporters, as Rosen notes, rely on what were once the normal terms of political journalism. They do this because jettisoning them can make the reporters sound extreme, as though they have gotten rid of the normal, themselves.

Rosen writes, “When extreme facts about a president cannot be rendered in news space without the speaker sounding extreme, the facts had better watch out.” Reporting on bizarre and unusual situations cannot be done accurately without the use of language that reflects their oddity. Reliance on worn-out and, given the current climate, inappropriate images reduces the accuracy of the reporting, even if it doesn’t endanger the journalist who has evaded stepping out of the bounds of the usual.

When Trump ‘rolled out’ his tax plan in late April, it consisted of what Rosen describes as “a page of bullet points”—not a “plan” at all in the sense of what we once expected from governmental entities—or of anything showing “evidence of planning or deliberation,” as Rosen points out. Certainly not of the sort one, until recently, expected from a “plan.”

As Orwell wrote, “if thought corrupts language, language can also corrupt thought.” He goes on:

The debased language that I have been discussing is in some ways very convenient. Phrases like a not unjustifiable assumption, leaves much to be desired, would serve no good purpose, a consideration which we should do well to bear in mind, are a continuous temptation, a packet of aspirins always at one’s elbow…. By this morning’s post I have received a pamphlet dealing with conditions in Germany. The author tells me that he ‘felt impelled’ to write it. I open it at random, and here is almost the first sentence I see: ‘[The Allies] have an opportunity not only of achieving a radical transformation of Germany’s social and political structure in such a way as to avoid a nationalistic reaction in Germany itself, but at the same time of laying the foundations of a co-operative and unified Europe.’ You see, he ‘feels impelled’ to write—feels, presumably, that he has something new to say—and yet his words, like cavalry horses answering the bugle, group themselves automatically into the familiar dreary pattern. This invasion of one’s mind by ready-made phrases (lay the foundations, achieve a radical transformation) can only be prevented if one is constantly on guard against them, and every such phrase anesthetizes a portion of one’s brain.

Such was the state of journalism in 1946—and such is its state seventy-one years later. We may, like the author Orwell describes, ‘feel impelled to write,’ but we rarely even stop to examine what that means. And that is just what journalists today must start doing. They have to stop using stale phrases like “steep learning curve,” one of the ones Rosen points out, in relation to Trump. Is there proof that he is actually learning? “Reacting, yes… but learning?” asks Rosen.

Orwell said he had been considering “language as an instrument for expressing and not for concealing or preventing thought.” Political language has never been strong on clear expression. Journalists’ language, in response, should be making that its focus—especially when its topics have been wrenched from their former normality.

Though he addressed an earlier time, Orwell’s last words in “Politics and the English Language” need to be taken to heart by all who write on politics in the Trump era. He writes that:

one ought to recognize that the present political chaos is connected with the decay of language, and that one can probably bring about some improvement by starting at the verbal end. If you simplify your English, you are freed from the worst follies of orthodoxy. You cannot speak any of the necessary dialects, and when you make a stupid remark its stupidity will be obvious, even to yourself. Political language—and with variations this is true of all political parties, from Conservatives to Anarchists—is designed to make lies sound truthful and murder respectable, and to give an appearance of solidity to pure wind. One cannot change this all in a moment, but one can at least change one’s own habits, and from time to time one can even, if one jeers loudly enough, send some worn-out and useless phrase—some jackboot, Achilles’ heel, hotbed, melting pot, acid test, veritable inferno, or other lump of verbal refuse—into the dustbin where it belongs.

We can come up with our own list of phrases today—and Rosen has provided a start. Come up with it we must, or we risk turning our language against ourselves—as much as it is already turned against us. The culprits are people who make radical changes, aware that they can get away with them under the cloak of the words of the normal of the past, protected by the lazy use of language itself.