I think Walker Evans photographs are interesting because it shows the daily yet funny routine of a normal subway ride.  I find it interesting because even though these pictures were taking back during the great depression, you still see the same kind of facial expressions today. In the photos you see the passengers are ether sad, frustrated, or trying to ignore others in such a crowded place which you still see today. What I also find interesting is the raw facial expressions shown in the photos. Evans probably wouldn’t have been able to get those kinds of emotions if he never concealed his camera. Even though you see some of the passengers speculating something, they probably would have changed there expression. To me a subway ride is somewhat like a reflection of the current state of the world. During The Great Depression you see most of the riders were gloomy or frustrated just like in today’s modern society.

I’ve taken the train quite often, and the people’s facial expression, today, is ALMOST similar to the ones during the Depression Era. He has taken many pictures of people looking sleepy, upset, concerned and looking at different directions on the train to avoid eye contact. Even though technology has advanced over the years, the facial expression back then is quite similar to the expressions now. The difference is that the children in the train today are smiling with excitement and joy of the ride. Then once in awhile you would see adults or teens enjoying themselves too. During the Depression Era, many people were going through a difficult time, so not many were enjoying themselves as much as we are now. I believe Evan’s approach to photography has captured how people dress and express their feelings on the train. Without having it to be staged, he was able to take a photo of his experience. It gives people a perspective of the riders during the Depression Era. I think he was able to capture the image he was looking for. To capture the riders’ everyday expression during the Depression Era, through a small camera that was attached to his clothing.

I think that Evan’s clandestine approach to photography is interesting. I do see similarities between the riders’ expressions during the Depression Era to today’s riders. When you look at the photographs of that Evans took during The Great Depression you can see the worry and sadness in their face. When you compare the looks of the train passengers from Evans’ photographs to the passengers now they both have the same sadness and worry in their face. Even though the times are different with all the events and tragedies all people face emotional, social or economic hardships and you are able to notice that in both the photos and the passengers in today’s era. I consider Evans approach to also be considered interesting because the photos that were taken were candid the passengers didn’t know that Evans had been hiding a camera and you would be able to capture a photograph of the passengers in a moment where they would be portraying their emotions. But if the person were to know that they were having a photo taken some would smile and they would try to hide their emotions but when you capture a candid photo you would catch them in an unexpected moment.

Walker Evans’ photographed people on the New York City subways between 1938-1941. He only published these photographs 25 years later in his book, Many Are Called, which was re-issued in 2004. Read a review about the new edition in the New York Times or listen to a radio interview of the book’s re-release and a related exhibition at the Metropolitan Museum of Art. Then look at some of Evans photographs on the Getty website. What do you think of Evans’ clandestine approach to photography? Do you see similarities between the riders’ expressions during the Depression Era to today’s riders? 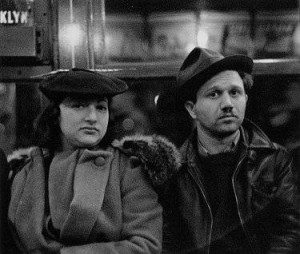 When reading  Shannon Taggart’s photography article I kept thinking about post mortem photography. What people wanted with post mortem photography, was to have something to remember their loved ones that passed away. I believed that with spiritualism, individuals wanted to also have something to remember their loved ones. Everyone has different ways to deal with the death of a loved one. Some people say their goodbyes and others seek mediums. Now capturing this phenomenons sounds and looks difficult. Shannon’s photographs are very intriguing and it made me believe in spiritualism. Also photographs like this will make many people question if what they see is true. Just like the photographs by Mumler’s people complained that the shadow spirit were fake. Just like religion some people believe in god and others are atheist. Everyone thinks and believes in different things.

This article puts me to sleep because I don’t believe a word they say. I don’t believe in spiritualism because I think it is a hoax and a bunch of nonsense. There is no way that you can communicate with the dead no matter how much you want to prove it with photographs. Spiritualism is a bunch of tricks that people invent to scare people like in Halloween. There is a lot of spiritualism in Mexico where my parents are from and the people who believe in that are very delusional and considered like if it was a religion which is not. You also see it in horror movies and books, they use spiritualism to scare people and how can you take it seriously if they are using it in a violent way. People who believe in spiritualism and want to prove that is real stuff are just wasting there times because at the end of the day is just nonsense. 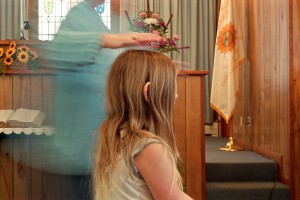 In the spirit of Halloween, this homework is on spirit photography. We briefly touched on the beginnings of spirit photography in class with William Mumler’s photograph of Mary Todd Lincoln with the ghost of Abraham Lincoln. The contemporary photographer Shannon Taggart has photographed Lily Dale, the world’s largest Spiritualist community in western New York. Taggart gave a talk here at CityTech last year on her work. Her photographic projects often focus on alternative types of religious experience. Taggart’s photographic work includes a project on the Haitian practice of Vodou right here in Brooklyn.

We have discussed the difficulty of producing religious imagery via photography (for example, look at F. Holland Day). For this post, I would like you to read an article of Taggart’s work in Slate and consider the difficulties of documenting spiritualism or any religious experience. Do you think such documentation possible? valuable? intrusive?

Click here for the article on Shannon Taggart’s photography “The World’s Hub for Spiritualism in a Tiny New York Town.”

You can explore her photography on her personal website shannontaggart.com here.

Homework #3 is DUE by Thursday October 29th.   Clubs and Hearts Post, Diamonds and Spades Comment. Please note your blog group! Email me if you forget.

Reminder: Be On Time! 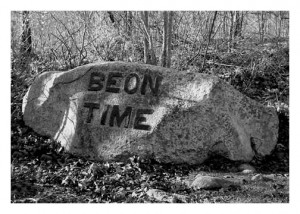 The midterm is on Tuesday Oct 20th, 10 am in Atrium 631. Because we begin with the slide id’s please make sure you arrive on time, otherwise you will not have a chance to go back if you miss the slide IDs. Come early! Don’t forget to review the image list of the short list, as well as the vocabulary words and terms from earlier slide lists. The exam format and image files are also uploaded under documents. Please do not hesitate to contact me if you have questions. Most importantly, ARRIVE ON TIME this Tuesday!

In the video, Drew kept saying that this kind of process allows photographers to capture the humanity of the person during war. War can take the humanity out of people and with these photos he’s able to capture what left of it in them. The people that they really are out of war.

He takes this personally because he is in control of exposure, lighting and time, and sometimes he’s not able to execute the perfect picture. The sense of rush makes these captures as real a they can get because its the real expression of soldiers in combat and the possible thoughts they may have during the picture. These soldiers getting their portraits done could be thinking about their families or if today is their last day.

In the army, soldiers carry dog tags, it would be interesting if soldiers carried a tintype of themselves, and since more than one can be developed using the process, they can also be sent to the families.

I believe the revival of this old process to document modern warfare is a brilliant idea. It’s amazing how Drew has tintypes of his comrades in Afghanistan, Combat Zone. The tintype will express the individual of the soldiers. To show how much they are willing to protect and serve our country but to reveal that they are also human. I agree that Drew could’ve used a digital camera to shot over hundreds of photos, but it isn’t as unique as tintypes. He had some difficult times, with the weather and his timing. Although it didn’t stop him to pursue his idea of showing their humanity within the shot. As well as the process of the tintype was difficult, as they said “the chemical have to developed the negative while the plate is still wet or the image is ruined”. Personally I think it’s great to have a photo of your loved ones or your heroes in a thin sheet of metal on your hand. It has much more value than just a regular digital photocopy of them. It has more value because the tintype has shown how heart warming the photos can be and timeless they were by the plate color.