NASA has had different logos throughout its time. NASAs first logo was created by James Modarelli. He worked as an in-house illustrator for the agency. The first logo meant a lot of things. The logo had a yellow circle, around it was a red chevron that symbolized NASA’s journey to explore the stars and the unknown. It also had a smaller, white circle near the yellow circle. It had a shooting star going around, and stars. The logo had “NATIONAL AERONAUTICS AND SPACE EXPLORATION” surrounding the logo itself. This logo is only used for formal agency events. A lot of the same elements would be implemented in Modarelli’s second more modernized version of the logo.

NASA’s wanted a more modernized logo. The illustrator that made the first logo took the challenge and modernized the logo. This version of his logo kept some of the elements that his old logo had. He kept the red chevron. The red chevron is meant to symbolize NASA’s mission to explore the stars and the unknown, it also represents aeronautics. The stars and shooting star are meant to symbolize space and space travel, the unknown and NASA’s movement to accomplish its goals. This is all on top of a round blue shape, which represents a planet. The worlds reaction to this new modernized logo was positive. This logo is named The NASA insignia. This logo was nicknamed “meatball” because of its shape in 1975.

In the 1980’s NASA wanted to modernize and redesign their logo. They wanted the logo to reflect their time period. Where everything was more modern. This new modern logo was designed by Richard Danne and Bruce Blackburn. This was not a logo, they created a logotype. The board of the company agreed to this new logotype but weren’t sure that people would respond positively to the new logotype. Even though this logotype won the “Award of Design Excellence”, it only was used for 17 years. This logotype was later nicknamed “worm”

There’s a huge debate dating back to when NASA changed their logo back to the “meatball” logo. This debate about NASA making a mistake with going back to Modarelli’s second design as their logo. People have named this debate “meatball vs. worm”. People have been debating about which logo fits NASA and their goals. People that pick the “meatball” logo over the “worm” says that the “meatball” has more significance. People feel nostalgic with the “meatball” logo. People that choose the “worm” logotype says that that logotype fits NASA as being more futuristic and simpler. And that why would NASA, an agency that wants to go forward in time, choosing to go back to a logo used in the 50s.

NASA’s iconic logo has been used a lot of times. Not only has the logo been used in its own facility. But lately in the 2010s, it has been used in clothing. Both the “meatball” and the “worm” logo have been used in articles of clothing. It has been used in the fashion industry. Companies like Urban Outfitters, H&M and Alpha Industries. NASA has also a bunch of accessories that have both the meatball and worm logos. The logos are on mostly t-shirts and outerwear. This spreads the logo all around. Because of its popularity, the logo is easily recognizable.

This means that the logos are now a fashion trend. And it shows that these logos will be iconic and never will be forgotten. It even shows that the “meatball” logo could still be used as a futuristic logo, because it is still used today’s fashion. The meatball logo will now be loved even more with implementing the logo into clothing. Both logos still show their potential about being able to show that they are still futuristic logos.

“Who Made Those NASA Logos?’” Hilary Greenbaum

“Rebranding the universe: ‘The Meatball’ vs. ‘The Worm’” Digital Ant Talks 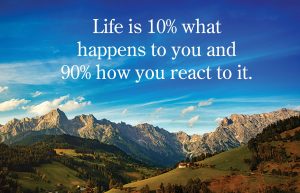 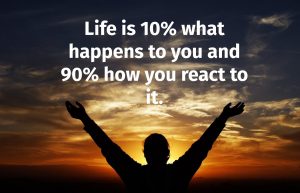 The quote is to encourage the reader. I chose the picture of a person jumping on top of a mountain/hill. I chose this image because it goes along with the quote. The quote encourages people to work on their goals. And the person in the image accomplished his/her goal.

The quote itself is to push the reader into achieving his/her goals. I chose this serif font to show meaning. To visually represent that the quote is wise and that it can encourage people. The photo of the landscape is to visually a person’s goal. That it can be huge like a mountain, but with enough encouragement, s person can accomplish a huge goal. I put the quote on top to catch the readers eye, and their goals can be high in the sky.

The quote Is to tell the reader to do something with their lives. That whatever they can dream of, they can make it a reality. The image is of a person with their arms in the air. I picked this image to visually represent the quote. It represents to appreciate life and take risks/chances. I chose this sans serif font to capture the readers eye, and to create a calm/friendly quote.