I must admit, my second Networking event was… completely different from the first one that i participated in. I couldn’t possibly put the two in the same category despite being both being set up by the same organization, AIGA. My first one was more documentary based while this one was centered around a specific person and called Coffee and Collab. The person of interest was Jingo M. de la Rosa, a distinguished designer and illustrator. 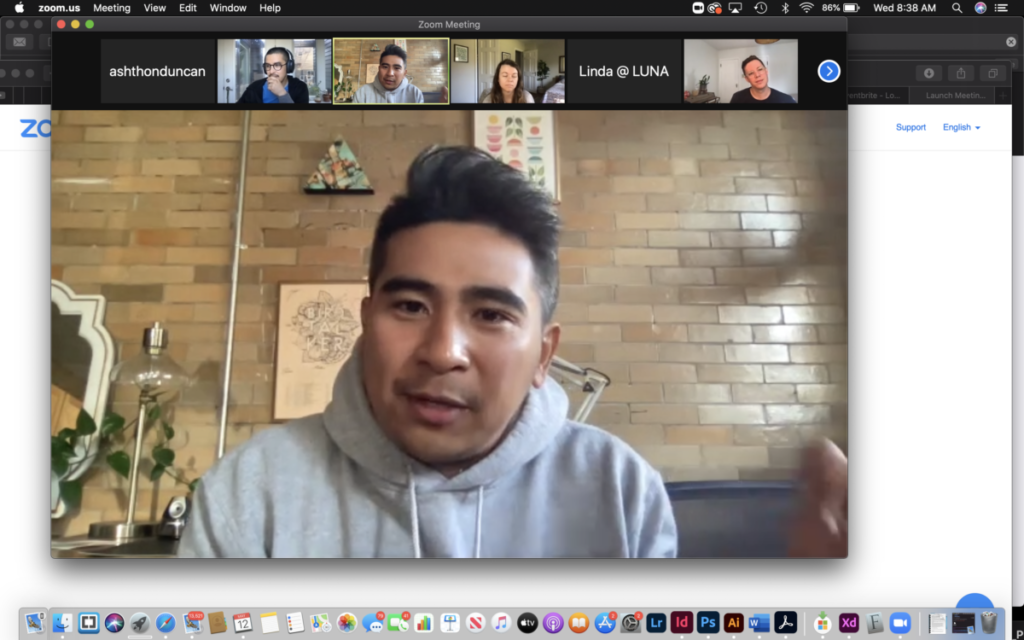 This session started of as a recap of his life and past works but changed along the way. I have to say this event felt a whole lot more personal. In the lat networking there was an extremely large amount of people in the meeting, while this one contained 10 to 12 people at most. There was a lot more interaction between us and the host. We were able to ask questions and learn a few quality lessons along the way. I felt like we really got to connect with each other. Jingo had to go through several challenges along the way and preserved, creating colorful books, attractive ads and appealing packaging. 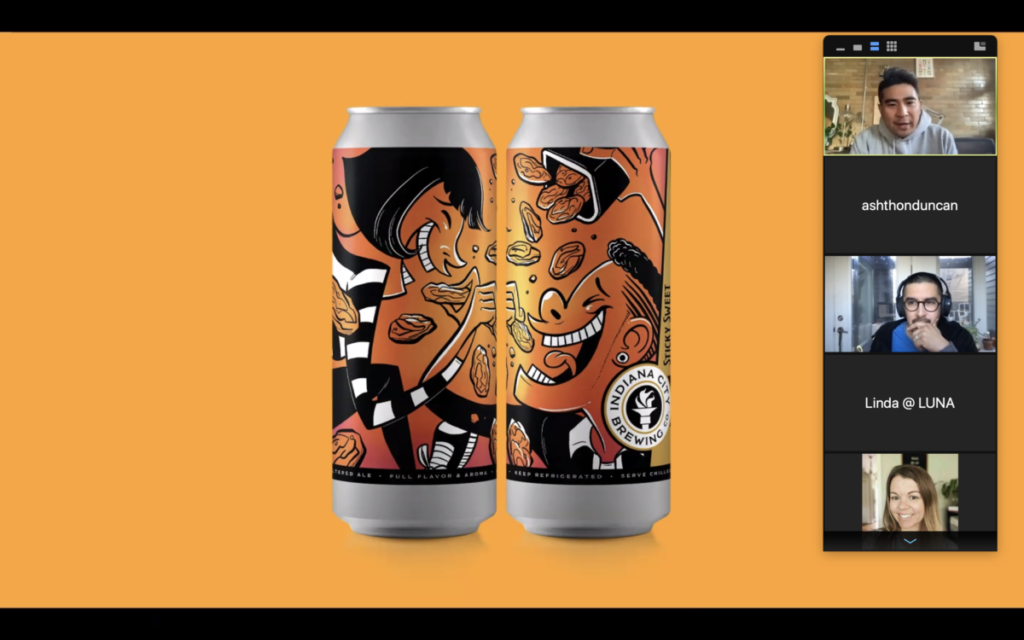 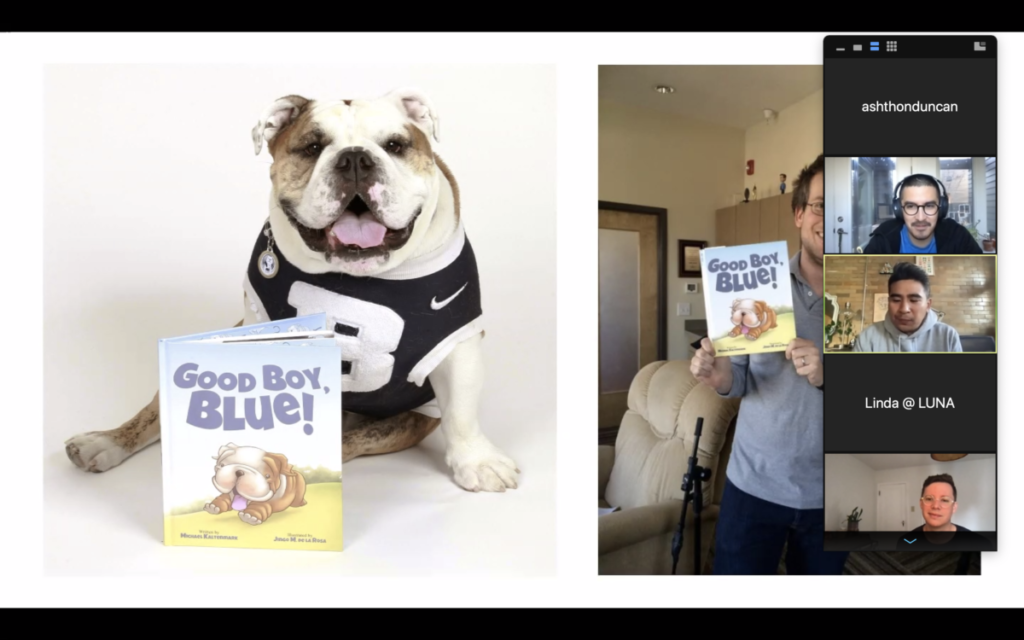 He gave good information for us new and upcoming designers that  was really useful. I would say this event was well worth the time considering I learned so much. I along with the other attendees were even able to share contact information. A great experience overall.

If I were to compare my design work with the ideals of the AIGA Readings of Copyright and Ethics, i would day it still aligns with it fairly. For a large amount of my work, if I do use an image i always make sure to check the legalities of the photo in order to avoid any unwanted issues. I will admit that i do look at other designer’s work but if anything, it is only for inspiration or educational purposes at best. Even if I do use a random image on the internet i take it into photoshop and make more than enough changes to it to not warrant any unwanted legal issues. To avoid all of these issues it’s important to use images from stock websites or even free stock websites if you’re showing support to the photographers. I think it’s important to recognize how important to not take credit for someone else’s work. I would be devastated to find out if someone gained massive popularity and success off my work that they barely tweaked.

Based off how i treat the images or other information i use for work i take some real interest in the Fairey Copyright Hope Poster Case. In my opinion, to come to a complete decision in favor Shepard Fairer or against him is a hard decision. Yes, he did use a photo that belonged to someone else but the question is whether or not he changed it enough to get sued and that answer all depends on the person. It’s a hard case but i do believe that he did change it more than enough to not get sued. Him saying that he used a different picture and caught in that mistake definitely had a part in finalizing that case. He didn’t even personally profit from it aside from popularity but he did have to pay a lot out of pocket for it.

After looking over the guidelines of AIGA and their topic covering ethics and how it truly relates to what is going on in my internship. Now, working with Raul Frank i didn’t official sign some sort of non-disclosure agreement of any kind. The type of internship I’m partaking in is one that contain a lot less restrictions but it most definitely going without saying that i am to respect to use of logo and have the best interest of the business at heart. Along with some of the points they make on AIGA also tend to be some of things i align with. They give mention of not working on projects which provides a conflict of interest with a client or by working with competitors. There is also information on not divulging information on production methods and the business organization. As mentioned before i didn’t officially sign an NDA but the statements are something i genuinely believe to just and fair and abide by, despite not being bound by anything.

The other day, I had a meeting with my internship professor and she brought a lot of information to my attention. I was provided with a lot of different sites to continue my search. She mentioned an internship with Brooklyn Navy Yard and how it would b a good fit for me. The only difference is that this internship is during the summer. I’ve done my research on them and it would be a perfect opportunity for me especially since there is a possibility that I could be hired afterwards for my great work. This alone could open doors for me and if I’m hired, I’m given a great head start in life. So overall, I’m really excited and patiently waiting to receive a response from them. Just in case, she also introduced me to bunch of different sites to check out for when my time at City Tech comes to an end.

Meanwhile, in my internship this week, Frank want to take another step with his instagram. I’ve helped with making connections with other clients and trainers, but now he wants to implement quotes onto his instagram. I think it’s a good idea as a lot of businesses tend to do this on their social media, but I think we should do it differently. I think it would be best to stand out if we were to implement quotes from famous boxers from different eras to promote our brand.

For this upcoming week, I have some new tasks to handle. I’ve been working with Raul for a while now and he’s having me assist in his growth on Instagram and his other social media handles. So far we decided on expanding his reach and we’ve made some success. I thought it would a great idea for him to make connections with other trainers on Instagram and they could promote each other. Another method we tried was training more popular clients post content about Raul and what he can provide to consumers. This along with the usual work they give made this interest a lot more intriguing. I’m also learning quite a lot, business wise. despite this going well I do still want to pick up another internship. I’v e been applying to place so now I’m just waiting for a reply. My professor brought to my attention that to this one summer internship that supposed to pay. That is most definitely going to be my next place to start applying.

Its been a little while now since I’ve been working as an intern under Raul Frank. I admit that at first I felt like I wasn’t doing too much and wasn’t utilizing my skills. The more time went on, more work I was given. Outride of editing photos, another intern and I met with Raul while he trains his clients. We took photos and videos. I’ve worked on graphics for him and I’m helping him design his website amongst other things of that sort.

On a side note, I’ve been putting the finishing touches on resume. With this being my last semester at by college before I graduate. It’s important to recognize that I have to move onto the big leagues pretty soon and my resume and portfolio need to match that. This I really exciting.

In my Internship class this week, my professor decided to further inform the class on jobs and their benefits. Its always important to check what exactly comes along with your job. How many vacation days do you have? Does your job provide 401k? Do they provide IRA? Does the job you are eyeing offer tuition assistance? What about providing healthcare? It’s crucial to know these things before agreeing to a job. I also learned more about 401k and what exactly that means for me at my age. By finding a job that provides this I’m able to invest in my own future. 401k is a tax-advantaged, defined-contribution retirement account offered by many employers to their employees. By working at a certain job, i can make contributions to my 401(k) accounts through automatic payroll withholding, and my employers can match some or all of those contributions. Initially I didn’t take too much notice to these things despite the fact that would have to be worrying about it very soon. I knew a little bit about this stuff but I uncovered a lot of more information. 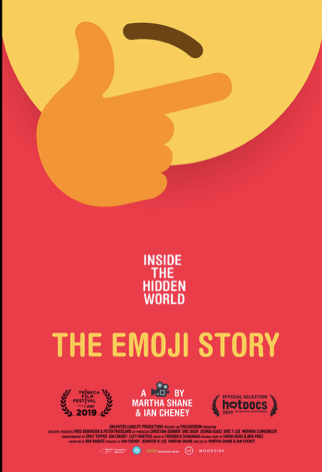 Last week I attended a seminar. It was hosted by AIGA, the professional association for design. The AIGA provides a number of benefits. They provide job listings, education of certain design topics and other resources. The seminar I took part in was titled The Emoji Story: A Documentary Screening and Q&A Confirmation. By the title you can tell that it was about the emojis, but it was more than what it seems. For the first hour of the seminar I watched a documentary of emojis. It explained the history of emojis and how much importance they hold. They even walked us through the process of creating an emoji and explained how they may have different meanings depending on certain situations and how they are used. Afterwards, they answered any questions that the people had and had a discussion with Jennifer Lee. She is CEO of Plympton, a literary studio that works on innovative publishing projects. She is also a journalist, documentary producer, seed investor, and emoji activist. This whole seminar came off as really interesting to me as its something I use very often and gave very little thought to. It gives me a lot more insight into something I normally overlook.

This semester I’m supposed to find an internship and work under them for a couple months. I had started an internship with a client apart of the work small think big company. I had worked with this client previously in my design class and they wanted to continue working with me and another student from that class.

To be honest, I’m not too sure how I feel about this internship. So far I haven’t really done anything crazy and I was looking for an internship to help me get some experience and improve my portfolio. So for now, I’m still updating my resume and still looking for other places.