The first time I heard about 3D printing was sadly on my birthday July 19, 2018 when the sale of the plans for 3D printed fire arm was approved by the US dept. of defenses to be sold online. Of course that came as a shock to me, for many reasons. One being we already have guns so why allow just anyone to create more, and two because to me that seems like a waste of material.

3D printing – turns digital 3D models into solid objects by building them up in layers. 3D printing is also known as additive manufacturing. It’s a fairly new form of technology. There are at least 7 different kinds of 3D printers.

One of which is developed by Bioengineers. They have created a Bio printer that uses 3D printing to regenerate Hip and knee joints, prosthetic limbs and recently living tissues. The goal is to be able to grow/print entire organs and transplant them into a patients.

Bio-printers use computer guided pipe tote that layers cells on top of each other to create artificial living tissue.

The article I read from the Wired said most recently a team at UC San Diego is Bio printing sections of spinal cords In hope to replace/ insert them where patients are injured. Using a printer scientists printed out small implants made of softgel and filled them with neural stem cells. The implants were then surgically placed inside a tiny gap in a rat’s spinal cord. The article wasn’t specific but Over time the new nerve cells and axons grew and formed new connections across the cut spinal cord of the rat. The nerve cells connected with the rats spinal cord tissue and the circulatory systems, which helps ensure the survival in the body. This was a huge breakthrough for the UCSD team because the rat gained movement in his lower body and because before scientists were only allowed to test in Culture dishes where as using the rat shows huge promise for humans one day. The hope is that they can seamlessly repair a persons spine

The team at UCSD found a way to print down to one micron vs most printers that print 200 microns which allows them to more accurately reconstruct grey and white matter.

The negagive to this experiment however was that the Rats spine was cut, where as many injuries are broken or crushed vs a smooth cut making it harder to insert the new segment into the spine.

According to the article bioengineers have already successfully created 3D printing of a brain. It contains six kinds of cells that are from the human anatomy. The brain however can’t think for itself but the possibility is there.

Overall the concept of 3D printing is so fascinating, I was against it when it injured people, or if used violently. But with the possibility of a 3D printer that would help people and maybe prolong or provide life for those disabled is good hope for humanity.

For my Html5 Animation Project I am going to attempt to animate a person walking across the street. The Beatles is my inspiration. But to make it my own, it will be a NYC street. If possible I’ll animate a  city taxi.  The person(s) will move from left to right (crossing) with arm movements.

If that fails I will attempt to animate rain or a bouncing ball.

*These ideas may change.

This video represents compression of an old video, but in doing so it lost the audio fluidity and the resolution. The MPEG picture is not complete.

I wrote about Studio Ghilbli and what animation is because I am fond of Hayao Miyazaki for his screenwriting ability. 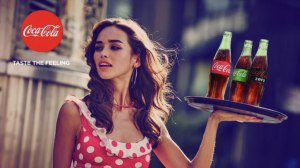