Central Park The Beauty of New York by Manuel Margarito

Posted on December 18, 2012 by Manuel Margarito

Central Park The Beauty of New York by Manuel Margarito

Central Park is a beautiful place to visit. It’s one of the many landmarks in New York. The park has a wonderful history. Central Park, which has been a National Historic Landmark since 1962, was designed by landscape designer and writer Frederick Law Olmsted and the English architect Calvert Vaux in 1858 after winning a design competition. They also designed Brooklyn’s Prospect Park. The park was designed by men with wonderful skill and insight. The park is used today for recreational activities. This park is where New Yorkers and tourist can go to try and escape the busy life of the ever moving city.

The park is surrounded by beautiful skyscrapers that make the person looking up feel miniscule. as you enter the park from the 59th street side you are greeted with a pond. In this pond you can see fish and turtles. On the surface of the pond ducks swim in formation one after another. I find this to be amusing because it almost mimics the actions of people in the city. As you move along the paved winding road you may encounter dirt roads that you can follow. These roads will bring you to areas closer to the water of the pond. The park is littered with giant rocks and boulders which are said to have been brought there by the second ice age. Kids and even adults of all ages scale the huge rocks as there were a 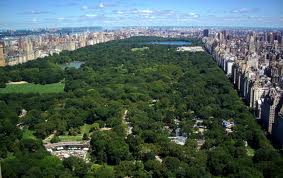 title to be granted to them, when they reach the top. If you keep walking in the North direction you will come across a big open field of grass. This is called the Great Lawn. This is where people from New York come to play or even just come to relax and soak in some sun. The park also has to baseball fields, playgrounds and two ice skating rings. The park even has its own castle. Belvedere Castle was designed by Frederick Law Olmsted and Calvert Vaux in the late 1800s. Those are the same two Architects that designed the park itself. The castle design is a hybrid of Gothic and Romanesque styles. This castle has a great view of the park and allows you to see a full 360 degree view of the entire park. The park has a great effect on the city that surrounds it.

Historical approach
The park has such a great history to it. Central Park was not always in the Commissioners great Plan of 1811 but because of rapid growth As the city expanded, people were drawn to the few existing open spaces, mainly cemeteries, to get away from the noise and chaotic life in the city. New York needed to have a public park in order to become one of the worlds greatest cities to live in. The state finally appointed two architects. The architects which I previously mentioned are Frederick Law Olmsted and Calvert Vaux. There original design was called the “Greensward plan”. Central park was the first official public park in the United States of America. Frederick Olmsted said “The park was of great importance as the first real Park made in this country a democratic development of Highest significance…,” He was proud to design this park and he want to make it one of the best in the world for years to come. The park is mostly landscaped. This meaning that it was 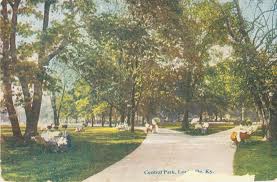 mostly created by man whether by hand or machinery to move big trees and construct bridges. Most of the stone used in the structures of central park was quarried in Manhattan. Manhattan Schist is the name of the rock. It is a metamorphic rock that is strong. Under the leadership of the Central Park Conservancy, the park’s reclamation began with modest, but highly significant first steps, addressing needs that could not be met within the existing structure and resources of the parks department. Interns were hired, and a small restoration staff to reconstruct and repair unique rustic features, undertaking horticultural projects, and removing graffiti under the broken windows premise. Currently, “Graffiti doesn’t last 24 hours in the park,” according to Conservancy president Douglas Blonsky “Blonsky 2007 op. cit” .By the early 1980s the Conservancy was engaged in design efforts and long-term restoration planning, using both its own staff and external consultants. It provided the impetus and leadership for several early restoration projects funded by the city, preparing a comprehensive plan for rebuilding the park. On completion of the planning stage in 1985, the conservancy launched its first “capital” campaign, assuming increasing responsibility for funding the park’s restoration, and full responsibility for designing, bidding, and supervising all capital projects in the park. A fact about the park is Sheep actually roamed in the park between 1860s and 1930s. The Park has a rich history and that is something no one can deny.

The Park has real meaning to me. I’ve going to Central park since I was a little boy. Its that place where no mater how many times you visit it ,it makes you feel a certain way. For me that way was feeling like I belonged. Every aspect of that park made me feel like I am not confined or defined by the city I live in. The diversity of people in the city was close to the same in the park. The dirt paths would always take me on adventures when I was young. The paths were surrounded by trees that to me at the time made me feel like I was 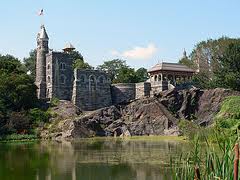 in a world of giants. Central park has so many sights to see and those sights sometimes leave you in awe. For example the first time I visited the castle I was amazed my the size of the castle and my view point from there. I felt like I was on top of the world. I recommend a visit to the beautiful park. The park may make you feel a certain way.

The Park is a place where kids come to play and the communities of New York tie together. It would be a horrible tragedy if the park was ever in any danger of being removed from the city. If the park was ever to be paved over for more building space it would be a major blow to New York. The park is one of the most attractive qualities the big city has to offer its residents and tourist. The park provides biodiversity to the area of Manhattan. Socially and economically no one would benefit from the removal of Central Park. The park has to act as a beacon of light where we can learn and influence pieces of nature into the real world. The surrounding community benefits from having such a big park with wonderful trees that somehow through it all provide purified air to the community. This park must never be eliminated from the world it needs to be protected from any project that would bring harm to the park or the structures it has in it. This world is to smart and has to many beautiful sites to make such a foolish decision.

Central park is such a beautiful place to visit. It has everything a person can want in a park. The park contains structures like the Belvedere Castle. The park is a place where New Yorkers can go and take a break from all the hustle and bustle of the city. Its fun for people of all ages and sizes. The park has an unbelievable aesthetic quality. It almost feel surreal. It might be because being surrounded by trees and not enclosed by these giant skyscrapers are a lot to take in even from the most veteran Central park enthusiast .