Understanding The Flaws In Our Present Political System

I have recently become aware of the feelings of some of my younger classmates, towards the political candidates running for Office in our 2016 Presidental election.

It is apparent that Bernie Sanders is the choice of most college students; his promises of change, are just what they are “promises!” He has no more power than any other elected official, and he is wrong to make it seem as though he has some kind of a magic wand to do something other politicians can’t.

In fact he is ultilizing the same approach all politicians take when seeking office; the old “I will do this and then I can do that!” But here is the truth, as it should be told!

Young voters now are at a physiological disadvantage, they don’t completly know of the political turmoil which surrounds us, perhaps in four years, no matter who is elected as President now, they will come to realize that there is no such thing as the “Perfect Candidate!” What they are voting for, and what people have been voting for since elections began is the “Lessor of two evils!” Young voters please take some time to understand, the exact meaning of this statement, before you vote in the next election; it will save you a lot of grief and heartache as you venture through your life and raise families and or whatever it is that you are going to do in your life.

All politicians have inherent flaws, I say inherent because that is exactly what it is; they inherit these flaws as they struggle through the political system to get their agendas recognized and hopefully accepted by their political rivals. Some politicians have to kiss the political butts of others, and most of the time still don’t get exactly what they promised the people who voted for them done. Some politicians even lie and cheat to better themselves in the political arena; yes they become corrupt, sometimes purely for money and sometimes to find loop holes for getting their agendas passed.

But be aware of this one thing, in order not to drive yourself crazy: it is the fault of the political system itself, that leads to the politician, who most of the time were whole heartedly sincere and had no intentions of being corrupt, when they were voted into office, and it’s actually the political system that causes them to stray into the land where they have to cheat or do whatever else, to make themselves look good for the people who voted them into office! Remember as a politician, “it’s not who you are or where you come from, but who you know, how much butt you have to kiss to get what you want done, and for some, no matter how much butt they kiss, they still aren’t going to get it done!” No politician is exempt from this process!!!

The only exception to this may be Donald Trump; He is so lost in himself, that he doesn’t have a clue as to what he is doing, but trust me, he did a lot of cheating, lying, and stealing to be where he is now, and he did this without ever having to run for any political office!!!

OpenLab Assignment #10: Advice for the future

Assignment (due Monday, May 21).  Imagine that you are invited to speak on the first day of MAT 1575, to give advice to entering students.  Write a paragraph responding to one of the following, describing what you would tell them.

Extra Credit.  Respond to someone else’s comment.  Do you agree? disagree? Have anything to add?

If you have reached college-level mathematics, then you have spent a great deal of time in your life immersed in “mathematics education” — that is, you’ve gone to a lot of math classes.  As you may know, there is a great deal of controversy surrounding mathematics education in the United States, and you have all had a front-row seat for twelve or more years of your life.  In this assignment, I will ask you to watch a video that comments on math education, and discuss what you see.

Assignment (Due Tuesday, May 15th).  Choose ONE of the videos below.  View it carefully at least twice, then write a response as follows:

Videos.  Both of the videos linked below are talks given at the TED conference, an annual conference on Technology, Entertainment and Design.

I know you are all working hard on studying for the exam next week.  Because of this, I have extended the deadline for the current webwork assignment for 1 week, now due Tuesday, May 8th.

Heads up: Webwork #7, (not yet created),  will cover the material from this week and will also be due on May 8th (I don’t anticipate that it will be too extensive).

Take care all, and best of luck with your studies.

Infinity has no limits. This can refer to the galaxy, reflection of two or more mirrors facing each other and of  course in math.   Infinity is forever. It cannot be defined as a number in mthematics and is used to also describe anything with no limits whether it be something you see or feel.

Some things can have a limit but not see that way by the naked eye. A picture os something of course stops somewhere but it may seem to go on forever. A pool that has a view of the ocean at the end as if the water runs into it is called an infinity pool. Of course there is a limit but not in your view.  Love someone with no limits; even in death. Many religions believe in the after life. Though we have a limit to our life here on earth, once deceased, your soul lives on forever. There is no limit for our lives after we have lived. In mathematical terms, I would guess that hell was negative infinity and heaven was positive infinity. Just kidding but in a weird way, it makes sense if these eternal places exist.

One thing that ties these together and is also infinite is time. Right now we use the amount of years since Christ was here to describe the year we live in. When speaking of ancient times we use the term B.C. meaning before Christ. This also shows that the amount of years we or this earth have been here may be unclear and how long it continues may seem endless. The earth and people will live on forever. Or will it? There have been many speculations about 2012 being the end. The end of what though? Some say it is only the end of an old world to a new one. Whether you believe one or the other or none, there is one thing people fail to mention is that time has no limits. Regardless of who or what, time will last forever. So can the world really end if time goes on forever? People die, yes, but there is the cliche that ” life goes on.”  A blunt truth about the world we live in. That is the one thing we know for sure has no limit and is infinitely moving forward, none the lease. Time is truly infinite. 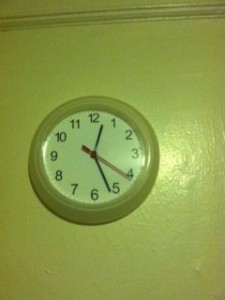 To me infinity is nothing more than a set of words,Like omniscient and omnipotent. Meaning all knowing and all seeing, like infinity these words encompass everything. What strikes me as odd is  the said force of gravity , one of the four fundamental forces that seems to encompass everything. Gravity as I know works on all masses and even light at times when the force is substantial , it is the force that affects everything  from me to you and from you to mars and the galaxy’s so I  bring the question if the universe is accelerating are we then connected to infinity? 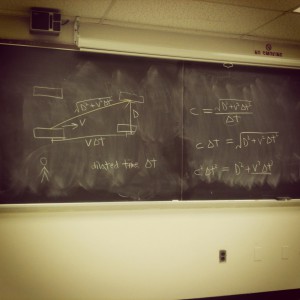 This is another connection to infinity. The starting point of time dilation. Time dilation is the the measurement of time when moving at relativistic speeds if time is infinitely moving , a never stopping frame of reference. Should the said time dilated  be infinite also?   no because of the speed of light being a constant value stops the amount of time being dilated. This can show how infinity is stopped by the constant speed of light 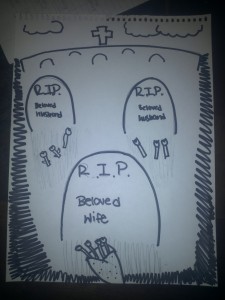 The place for infinite rest.

Its in our nature to aspire to live forever. If it were possible to steal another day or hour or minute or even if all we could take was an extra second, we would take it. Man has tried to outstretch that last second for as long as possible with science but with no avail. These attempts bored on playing god. Don’t get me wrong no one wants to die and neither do I but with technology being so advance is there a lack of ethics in what length we would go to accomplish it. My question to you is how far will your consense allow you to reach this goal. Or is there no limit when it come to the search for infinite life 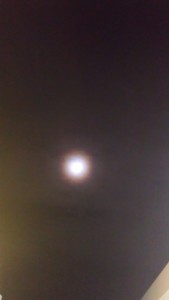 Infinity is already  a fully formed  which cannot be measure Aristotle claims that magnitude is not infinite. So, no matter how much finite magnitude is added to a magnitude, the total magnitude is finite. That is, we cannot reach infinity by adding finite magnitude. we use infinity a lot to find math problem but we also know it cannot be measure because it has no end. In my pic,  we can measure the distance from the earth to moon but beyond that ( after that ) no body try to measure because its infinity distance (endless) and infinity is that which last forever. 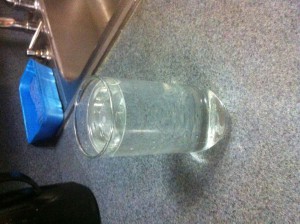 Infinity as in  many words but the way I can best describe it in my own words would be limitless. No matter what amount of time passes, the matter would always  be existant. I was first introduced to the idea and logic of infinity by my elementary school teacher, Mr. Greg. At the time I had no idea what he was referring to when he told my 4th grade class, “Knowledge is infinite, no matter how old you get you can always learn!”. As I got older it became how mind-blowing the thought of inifinity was. This idea of forever, eternety, struck correlation with the meaning of infinite, it all meant the same thing and this made this concept confusing to understand at first. The concept of infinity is still confusing at times to understand when it comes to applying it to applications but I have come to find a beauty and genuine interest in the concept.