Ricardo Dominguez talks about how he grew in Las Vegas, near the nuclear testing site, which when combined with things he read and saw on TV, brought up his political consciousness.. After the AIDS epidemic and doing some phone zapping to Publix, he moved to New York City after hearing of The Thing. While there, in 1994, he learned of the Zapatistas and realized how powerful technology could be for their cause. He and other people helped spread the word of the Zapatistas and electronic civil disobedience. Later, they were asked to help other causes electronically and they created the Disturbance Developers Kit.

This shows how this new method of disobedience, which was electronic, had so much power. Combined with the actual people doing the work in the real world, they had an armed front online as well. He mentioned how hacker groups attacked their websites and threatened them. The digital space had become a sort of battleground to spread and nullify the messages being placed upon it. He talked about how he wanted to really do something and his initial idea of being an actor wasn’t really enough but he worked, he pushed on and eventually found himself doing what he wanted to do through a different means.

The Liberal Solution to Police Violence

“The Task Force is clear that the legitimacy of the badge is aimed at getting people to “obey the law.”

This quote sums up the mentality of the police enforcement these days. Not “To Protect and Serve” which was adopted by many police forces after the LAPD began using it.

Officers have this idea that they hold all the power in their hands and if you disregard them, disobey them, make them feel threatened, or insult them then it’s easier to just shoot to kill. You have to do what they say, when they say it or risk being arrested or worse. They have the badge which gives them the power and they abuse it. Of course, this is not true of every cop but, it has been becoming more increasing apparent as of late.

The Cathouse for Dogs 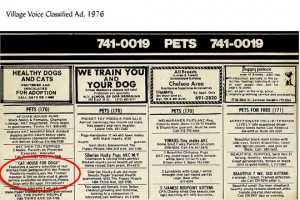 Mark Dery mentioned the Cathouse for Dogs that was created by Joey Skaggs in his culture jamming article. What Skaggs did was basically a service where people could pay $50 to have their dogs have sex with other dogs. Skaggs had advertised the Cathouse in the news paper and was soon contacted by news outlets.

Upon being contacted he staged a performance with actors posing next to dogs and men waiting in line with their dogs to view the female dogs.  He even reported that the dogs were given Estro-dial to induce heat and Ova-ban to prevent fatherhood.

News outlets covered the whole thing, some were ourtaged, another was convinced it was a hoax but went along with the ruse because it was a good story, and ABC won an Emmy for their coverage of the story.

Another mention by Mark Dery, the pastor of Abyssinian Baptist Church, Calvin Butts, and his followers began to whitewash advertisements for alcohol and cigarettes specifically aimed at blacks.  A billboard for Salem cigarettes was switched to wish a happy 85th birthday to Mother Hale, the founder of the Hale House. He was influenced by Micheal Pfleger’s actions in Chicago at the time.

Calvin later went on to mention that he would go to jail for these acts because they were all committed to their actions and would not be turned away. Police were called and asked to be near potential billboards that could be defaced, however, arrests couldn’t be made unless a complaint was filled.

Sale Point Posters was forced to to refund $2,500 and begin putting up public service ads.  Scheiffelin & Somerset stopped advertisements for its Johnny Walker Scotch and Hennessey Cognac. Metropolitan Outdoor Advertising even removed all their liquor and cigarette ads in Harlem. All due to the whitewashing done by Calvin and his followers.

John Jordan mentioned Stelarc in his article about him suspending himself by hooks embedded in his skin. He focused on testing the capabilities of the human body, with different performances conducted. 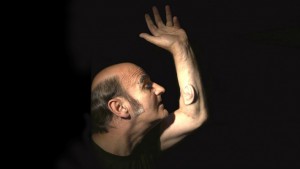 Some of his performances even including robotics, such as performing with a third arm. He had a third ear surgically attached to his left arm and has done his suspensions. In these suspensions, he hangs by flesh hooks usually several stories high.