Free face mask with purchases over $200 USD/ 30,548 PKR. In addition to this, 15% of all Eid suit purchases will be donated to mosques and COVID relief funds in Pakistan.

The Covid-19 pandemic in 2020, hit us out of no where. Leaving the whole world in shock and forcing the world to shut down into lockdowns. The cities that never sleep became dead silent within a month. Business went bankrupt, millions of people lost their lives. Pakistan had a 10% economic loss, just like many other countries Pakistan had to go on lockdown in order to prevent more cases. Therefore, we’re shifting our company online for now. Most of our order will be handled online for everyone’s safety.

However, in now things are started to look up, vaccine are becoming available to people for free. Once everything starts to calm down and cover cases starts to decline, we will transfer back to store and online retail store.

Meanwhile, make sure to wear your mask and maintain social distance. Thank you for your understanding, we appreciate our clients and are always here for you.

Pakistan is a beautiful second largest Muslim country located in the South Asia,  sharing its border with Iran from the west, Afghanistan from the Northwest and north, China from the northeast and India from east and south east. Lastly, it shares its southern border with the Arabian Sea. Pakistan is divided into four major provinces, Punjab, Sindh, Khyber Pakhtunkhwa and Balochistan. Islamabad is the capital of Pakistan, this where all the international embassies are located. Even though Urdu is considered the mother of the country, each of these provinces have their own languages as well such as the Sindh province predominantly speaks Sindhi, Punjabi is spoken in Punjab and such.

The several regions of Pakistan are the western parts of the Himalayan Mountains, the Baluchistan Plateau, the Potohar Plateau, and the Indus Plain. Pakistan is rich with variety of beautiful landscapes including mountain ranges in the northwest, valleys, plateaus, and down to the Indus River plains. The mountains ranges can hit extremely cold temperatures in the winter and warm temperatures during the summer while the Indus Valley plains are dry in the winter and extremely hot in the summer.

Few of the examples for the landscape in Pakistan can be seen below: these landscapes have and will continue to attract numerous amounts of travelers. 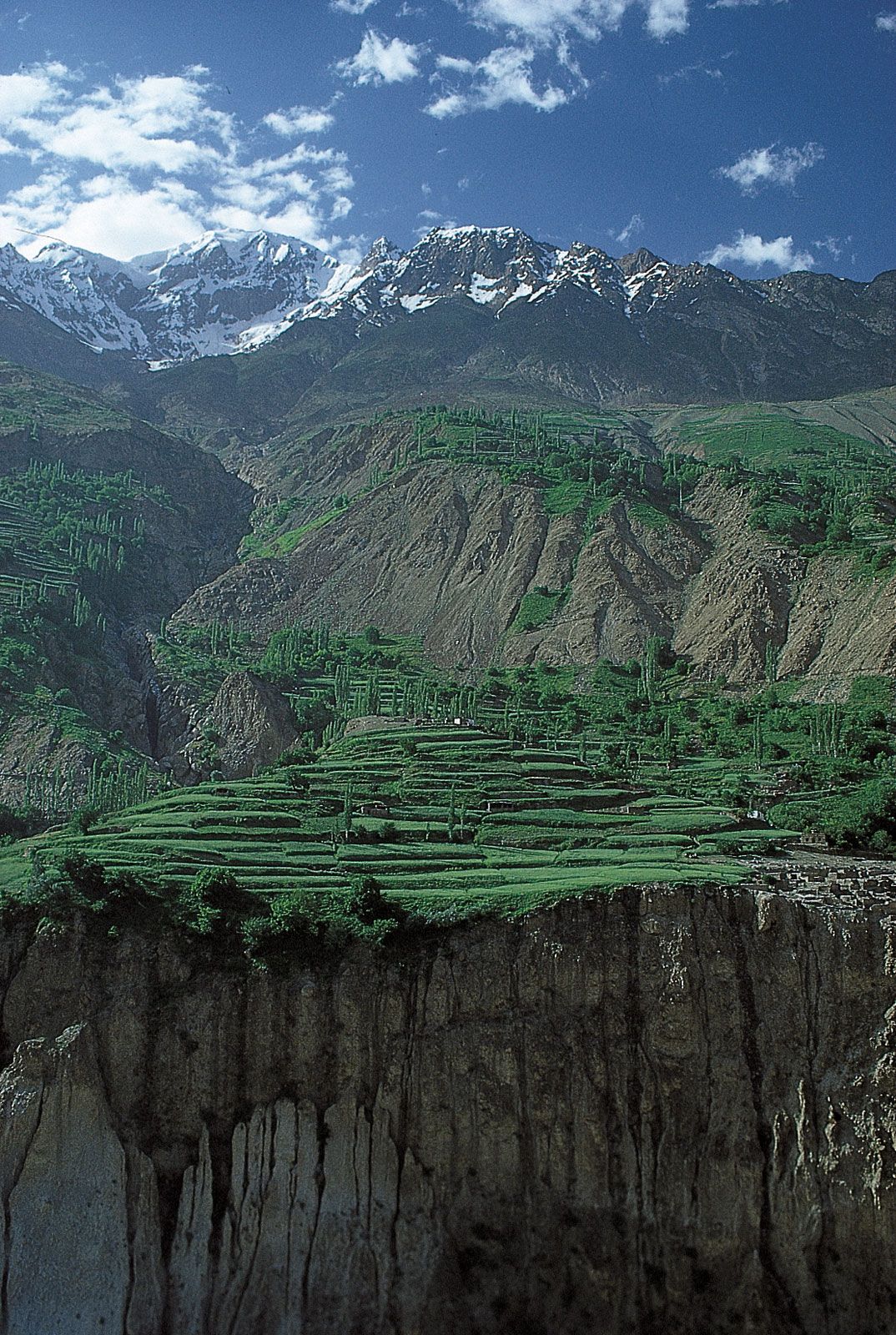 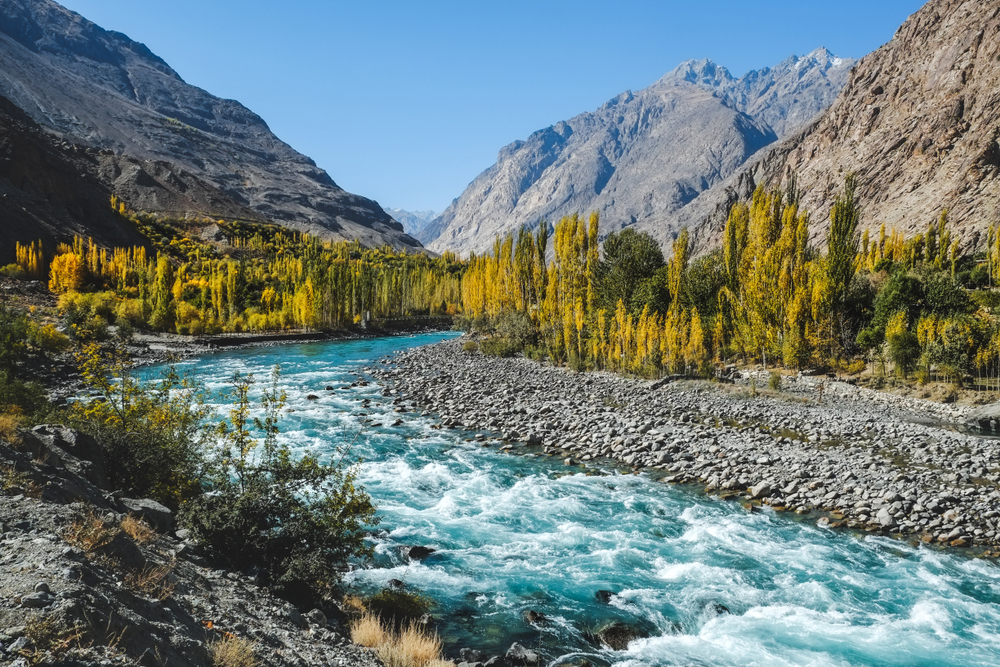 Pakistan isn’t only rich in landscape but it is also well known for it’s diverse and cultural historical places such as palaces, mosques and tombs of Kings and their loved ones that have been around since the beginning of time. That shows and tell us the stories of Pakistan before it’s independence. For example, Hiran Minar as seen in the picture below. Is a famous “rumoured tomb of ‘Mansraj‘. a pet deer of the 4th Mughal King Jahangir.” (Sheraz et al., 2019). Therefore, the Place gets its name after that. The Urdu translation of a deer is Hiran and Minar is word used to describe a tower in Southern and Eastern Asia. 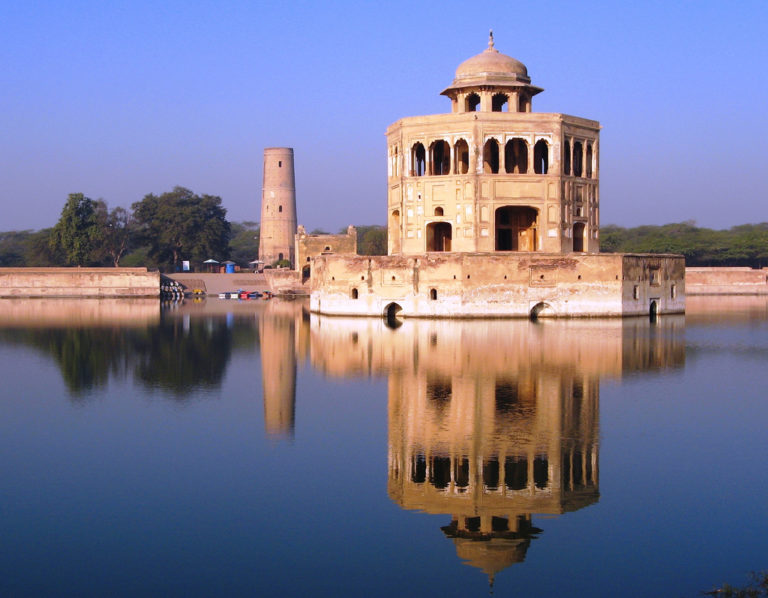 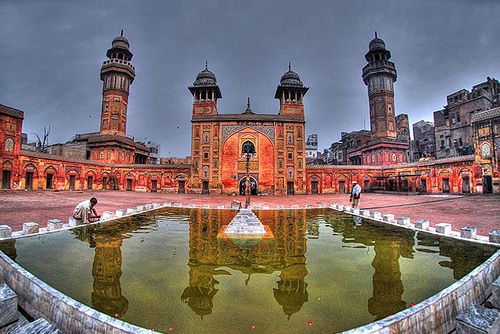 In Pakistan, technologies have been improved over the years. From hospital equipment to textile equipment. Computer, mobile phone, Television, laptop, tabs, cars, textile printing machine( including 3D effect printing machine), and etc are now available everywhere. People are taking advantage of social media by learning from it and getting more educational information from Youtube. Everyone uses Facebook, Instagram, and TikTok. Women in Pakistan are learning about more advanced fashion styles, apparel, shoes, and accessories and always creating a variety of shalwar kameez outfit contents (Influencers and actresses).

For any further inquiries, we can be reached Monday- Friday 8 AM-5 PM EST.

We ship domestically and internationally through DHL! Shipping fees determined at checkout once the delivery address is provided. 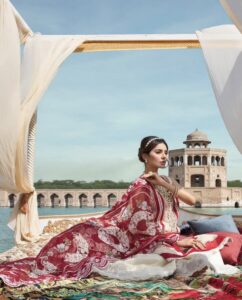 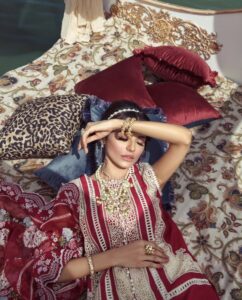 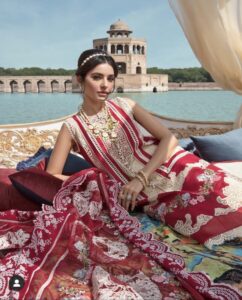 The STIFC Company is an Ethnic Women’s wear retail store Located in the heart of Pakistan, Lahore. The company was founded by four  international students, Shaanzay Chaudhry, Carla Ward, Imama Mudassar and Farhana Upannash, once they realized the potential growth in international retailing.

The reason we decided to open up our retail store in Lahore, Pakistan was because of few factors; the textile quality available in Pakistan, our target market which is South Asian women, and lastly the beauty of Pakistan’s culture. Our company focuses and takes pride in delivering top-quality Shalwar Kameez with new high fashion trends and colors. We have custom tailoring available as well, where our customers are more than welcome to customize their Shalwar Kameez according to their liking and styling. This ensures that our brand includes every body type without having our customers scared of ordering because of sizing availability.

Interest in researching international retailing in Pakistan lies in the fact that it is a country that has many prejudices associated with it and our company wants to educate itself along with its peers. As it is a culturally rich country that is misrepresented in society. Some misconceptions include the belief that all Pakistanis speak one language or only have one skin tone, eye, and hair color that are native to this region. In addition to this is the falsity that Pakistani women are oppressed because of their religion. Although true in certain cases, it is not representative of the culture as a whole. Many progressive individuals belong to this nationality. Furthermore, two out of the five group members’ ancestries begin in Pakistan. Both of whom are from Lahore, Pakistan. While one was born and raised in the United States and the other back home, arriving in the U.S.A at the age of thirteen they are both strikingly similar.

Pakistan has a subtropical and tropical climate. Pakistan has four seasons Spring, summer-fall, and winter. During summer the weather gets extremely hot and during winter the weather gets cold. Rainfall usually happens frequently there. From one of the articles stated that “Pakistan’s largest city, Karachi, which is also the country’s industrial center, is more humid than Islamabad but gets less rain”. Monsoon weather is not regular in there. On the Kashmir side, it snows a lot during winter.

Shalwar Kameez is the ethnic wear of Pakistan. It comes in varying styles and designs. Sold both in boutiques and bespoke by independent designers. Figure 1 depicts more formal wear while Figure 2 is more daily wear.

Pakistani food is made using an assortment of food colorings and spices. Most dishes are eaten with bread called Naan and Roti. Roti is the basic flatbread that is made in the majority of Pakistani households to accompany foods such as Daal (Lentils) and Bhindi (Ladyfinger). Naan consists of a fluffier texture which is normally eaten with foods with more pungent tastes like Boneless Chicken which Chicken Curry with boneless chicken pieces. Therefore, the go-to method of eating is with the hands.  Unless there are rice dishes such as the all-time favorite- Biryani. It is essentially pieces of flavored chicken with rice using green chili peppers, sliced onions, mint, tomatoes, yogurt, garlic, and ginger pastes, along with spices such as red chili pepper powder and turmeric powder (ingredients may vary depending on households).

Eid, which means ‘feast’ or ‘festival’ (2020) is the main holiday celebrated by Pakistanis all over the world. There are two Eids over the course of the year. One is Eid-al-Fitr which comes right after the end of the holiest calendar month, Ramdan (if said with Arabic pronunciation) or Ramzan (Pakistani pronunciation). This is the month when Muslims observe fasts for all 30 days with a set timing to eat before the fast begins- Sehri which decreases a minute each day and opens at- Iftari the timing of which increases a minute each following day. This is due to the fact that the schedule is followed by the rising and transcending of the sun. There are exceptions to those who are required to fast. For example, children are not obligated to fast, someone with a mental illness or need to take medications or is traveling does not need to fast. In addition to this, females who are menstruating are not allowed to fast.  The second Eid is Eid al-Adha which means  ‘feast of the sacrifice’  (2020) the sacrifice’ is celebrated about a bit over 2 months later as many Muslims perform the Hajj pilgrimage.

The Hajj pilgrimage is one of the 5 pillars of Islam. It is to be conducted by every Muslim adult at least once in his or her lifetime. As long as one is physically fit and financially able to do and the family will not be burdened by the absence of the said person. If one is unable to go, hajj can be performed by appointing a family or friend to go perform the pilgrimage in their place (Britannica, T. Editors of Encyclopaedia, August 7, 2020).  The purpose of this is to wipe out past sins and start afresh with Allah.

Traditionally,  women are expected to stay home cooking 3 meals a day, looking after the house, and potential kids while men go to work. For those families who pray all 5 times in a day, the men wake up early in the day to go pray at the mosque or at Fajr prayers which start around 4 am while the women only pray at home, ending the day after Isha which is around 10 pm.

As the country continues its move towards modernism, more and more females are going out to study and work rather than staying at home.

Items that are prohibited in Islam are called Haram.  Things such as adultery or sexual intercourse between two unmarried individuals, drinking alcohol, eating pork, and gambling is considered haram.

How to Address Someone from a Pakistani background